This Self-healing Concrete Repairs Itself with Bacteria

These bacteria form limestone when exposed to water. 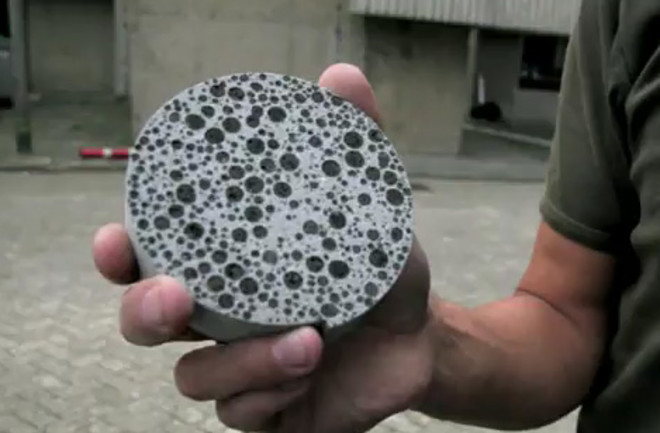 Concrete cracks for many reasons: Just for starters, the heating and cooling of changing seasons make it expand and contract, and the stress produced as the freshly poured goo dries and shrinks in volume, pulling against its underlying metal supports, can also cause cracks. But Dutch researchers are testing a new way to deal with the problem of cracking concrete: bacteria that, when exposed to water, form limestone.

The concrete mix they've developed contains small ceramic pods filled with dormant spores of the bacteria and nutrients (calcium lactate) to feed them. In solid concrete slabs, these spores remain dormant, but when the concrete cracks and water seeps into the ceramic pods, the bacteria spring into action, using the calcium lactate to form calcite, one of the two primary components of limestone, which fills the crack.

In the lab, the bacteria can fill cracks up to 0.5 millimeters wide, microbiologist Henk Jonkers told the BBC News. Now the researchers want to test their self-healing concrete outside for a few years before putting it on the market. And they have some serious obstacles to work out, since in a recent paper, from 2010, they note that spores mixed with wet concrete and left to dry only lasted four months. Hopefully, they last longer when coated with ceramic, but there don't seem to be any reports to that effect out. For now, best just not to step on the cracks.