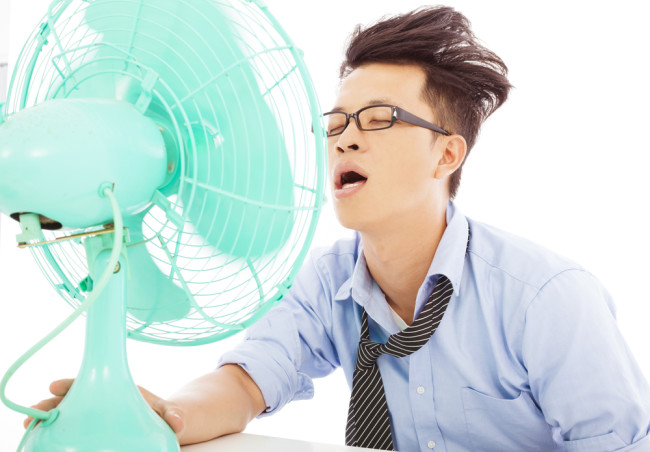 During the dog days of summer, the monthly utility bill for an air-conditioned home can induce more perspiration than the temperature does. But could we cut the cord and cool our homes without using electricity or water? Aaswath Raman and his colleagues at Stanford University say that we can. Raman’s team has created an experimental material that sends excess heat into outer space — no fans, refrigerants or compressors needed. With 15 percent of electricity in U.S. buildings dedicated to keeping things cool, Raman’s cooling method could someday put a real dent in energy consumption on a global scale.

Can’t Take the Heat? Send it Back

One trick Raman's device employs is called radiative cooling — the same method by which Earth loses heat to space. The method takes advantage of the fact that Earth's atmosphere is transparent to a very specific subset of heat radiation: the far-infrared wavelengths of eight to 13 microns. A device that could take ambient heat and light and reflect them in that range of wavelengths could basically shoot heat through a wide-open window into outer space. It’s already been demonstrated that radiative cooling devices can work at night, but that’s during off-peak hours. Raman and his team set out to build a radiative cooler that works during broad daylight when energy consumption peaks.

I Wanna Reflect the Sun

Raman’s radiator — dubbed the photonic radiative cooler — is constructed with seven alternating layers of silicon dioxide and hafnium oxide placed on a reflective base layer of silver. Each of the layers is a different, precise thickness between 13 and 688 nanometers (a strand of human DNA is 2.5 nanometers thick). The precise thickness and layering allows the material to reflect 97 percent of sunlight that hits it, while also reflecting infrared light at the atmosphere’s transparency frequency. Raman tested an experimental device on a rooftop in Stanford, Calif., and the device worked. Throughout the entire day the photonic radiative cooler kept temperatures roughly 9 degrees Fahrenheit below the ambient air temperature. Though it’s a modest temperature drop, it didn’t require any energy. The Stanford team published their findings last week in the journal

Raman’s experimental cooler wasn't much larger than a beanbag toss board. The process would have to be scaled up to work on buildings and, since hafnium and silver are quite expensive, would probably need alternative materials. The cooler also needs to be placed on a rooftop with a clear view of the sky to be effective, so it won’t probably won’t replace air conditioning altogether. And people living in places with oppressive heat will want a little more relief than just nine degrees. But regardless of the device's limitations, Raman and his team have showed us that it’s certainly possible to cut the cord, which is good news on a planet with limited energy resources.