The Science of March Madness: Experts Turn Their Skills to Brackets 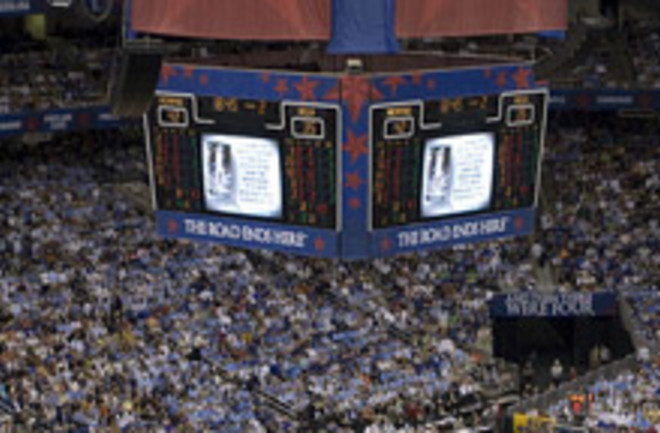 Chances are you’ve received an invitation to enter a pool for the NCAA tournament. If so, be warned: Bracket picking is no simple game. If everyone else in your pool picks the top seeds, then you’ll end up smack in the middle, because those who predict upsets will score higher. With a 9,000,000,000,000,000,000-to-1 long shot at making perfect picks, the odds aren’t great for anyone. Enter Bracketscience.com, a site that takes years of stats and uses it to analyze your March Madness picks for just $20. The website’s founder, Pete Tiernan, has gathered game programs from the "pre-digital, short-shorts age" in an effort to build a database of the entire history of March Madness stats. He uses it to run a regression analysis of the stats against the official seed rankings to find out which teams tend to do better than expected. One portion of the site allows you to enter the factors you're interested in, such as the year, seed, school, and conference, so you can use custom-made stats to fill in your bracket. If that's not enough, bracketscience.com also provides 10 statistical models such as "from the gut" or "upset special," and offers team analysis to forecast a team's 2009 performance. Tiernan shared some pointers for picking upsets: 1. Don’t pick any teams that are ranked below 13th. 2. Don’t pick a top seed. 3. Pick a team with "senior-led, guard-dominant" players. But make sure the team isn’t playing a favored team within 300 miles. 4. For second round picks, don’t choose teams with inexperienced coaches. 5. In the Sweet Sixteen round, only pick "senior-led dominant" teams. 6. But after the Sweet Sixteen, don’t pick upsets. Meanwhile, three professors of the Stewart School of Industrial and Systems Engineering at Georgia Tech have another method to this madness. To pick the winners of the Final Four, the professors used a computer ranking system, the Logistic Regression Markov Chain (LRMC), to analyze certain aspects of the game like the scoreboard results, which teams are competing, who has the home court advantage, and what the margin of victory is. This year their picks are almost identical to the NCAA’spredictions for the Final Four, with both holding that UNC will play the University of Pittsburgh. The profs, however, picked University of Memphis (not the NCAA’s choice, which was U Conn) to play the University of Louisville. Computer scientist Sheldon Jacobson at the University of Illinois has some reservations about the seeding choices. After studying 24 years of past tournaments, Jacobson concluded that people trying to predict Sweet Sixteen teams would have just as much luck at predicting the winners if they simply flipped a coin. And even NASA is getting in on the fun with its very own 2009 Mission Madness. For all you shuttle fans out there, it’s your chance to vote for your favorite of the 64 missions. Related Content: Cosmic Variance: NBA draft DISCOVER: Foul Shots DISCOVER: Granny-Style Works