The Planet-wide Problem That Is Solar Geoengineering 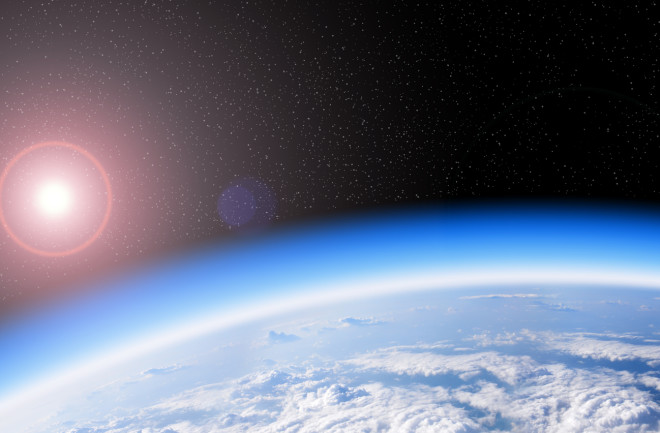 Climate change doubters and environmental justice advocates don’t agree on much, but some have found common ground in opposition to solar geoengineering research. The field proposes techniques to reflect solar radiation away from the earth, thereby cooling the planet and counteracting global warming. While the concept has never been implemented beyond small-scale experiments, critics argue that it’s already gone too far.

Self-described “climate skeptic” and self-published author Jim Steele describes the technologies as “dangerously stupid” and outlines the human and ecological consequences of historic global cooling events. On the other end of the political spectrum, Greta Thunberg argues, “there is a perfect metaphor for solar geoengineering: When you’re in a hole, stop digging. We cannot move out of this crisis with the same mindset that got us into this.”

Despite this vast opposition, solar geoengineering’s pool of determined optimists isn’t going anywhere. In 2020, the U.S. government gave the National Oceanic and Atmospheric Administration $9 million to research the technologies, more than a two-fold increase from the previous year. And just last year, the country’s national science academy recommended the U.S. spend $100 million to $200 million over the course of a half-decade to better understand potential risks and benefits.

Solar geoengineering comprises just a few technologies among many that aim to mitigate the negative effects of climate change. While other geoengineering tactics attempt to remove carbon dioxide from the air, solar geoengineering reduces the amount of solar radiation in the atmosphere. The most prominent proposals fall into three categories:

In an ideal world, solar geoengineering researchers imagine a globally unified response to climate change that includes both solar geoengineering and old-fashioned emissions reductions. While geoengineering could mitigate the effects of global warming in the short term, it would taper off as the concentration of atmospheric greenhouse gases decreased.

“If we find that these technologies are benign, which is still uncertain, then their use would be to do a small part of the job for a short period of time,” Juan Moreno-Cruz, an associate professor and Canada Research Chair in Energy Transitions at the University of Waterloo.

The Problem with Models

Because of the uncertain nature of these models, however, we’ll never have a fully realized understanding of the effects of solar geoengineering unless we decide to implement it. To many of the technology’s critics, this uncertainty is an unacceptable risk.

“Even our understanding of the climate change that we’re causing unintentionally right now still has limitations, especially when it comes to impacts further into the future,” says Linda Schneider, senior program officer for international climate policy at the Heinrich Böll Foundation in Berlin. “Our understanding of what would happen if we were to intentionally manipulate the climate at a global scale is even less.”

The underlying perspectives of pro- and anti-solar geoengineering academics are somewhat in alignment. Most people on both sides believe that climate change is an existential threat that will require a global response. Where the two camps begin to diverge is in who they see as the beneficiaries of the technologies.

Read More: Did 2021 Deal a Fatal Blow to Climate-Change Denial?

Even proponents of further research acknowledge that the technologies have the potential to stoke international conflict. “In the absence of an internationally sanctioned program, there is more risk than benefit,” says Moreno-Cruz, whose work has examined how solar geoengineering affects climate policy.

This concern is supported in the literature. In a landmark 2017 paper that modeled the effect of solar geoengineering on tropical cyclone frequency, researchers showed that SAI concentrated in one hemisphere would adversely affect drought intensity and extreme weather on the opposite hemisphere. For instance, injections in the U.S. or Russia might have negative impacts on the African continent and South America.

In 2020, Moreno-Cruz collaborated with a group of climate scientists and economists to model the global economic impacts of solar geoengineering. The results were a shocking departure from the deeply held assumptions of the academic community. “We had a lot of trouble publishing, even though we had done a more extensive analysis than had ever been done in the past,” he says.

Moreno-Cruz and his colleagues predicted that solar geoengineering could provide an outsized economic benefit to equatorial and tropical countries, many of them in the third world. Conversely, countries in more temperate latitudes, like the U.S., would see less benefit. According to their model, solar geoengineering might level the economic playing field on a global scale.

Of course, this model rides on the assumption of a globally coordinated benevolent solar geoengineering approach. Even if its results are accurate, critics like Schneider question why first world countries would initiate a project that puts them at an economic disadvantage. In the eyes of anti-geoengineering activists, any technological fix for climate change will further concentrate power into the hands of the global economic elite.

“I think if we’re looking at the political economy of solar geoengineering so far, it’s unlikely that it will be a very democratic space,” Schneider says.

An Academic Battle … For Now

Despite uncertain ecological and socioeconomic risks, solar geoengineering researchers argue that the cost of inaction should be taken into consideration. “How much suffering can you accept to avoid the risk of solar geoengineering?” Moreno-Cruz asks. “I don’t know the answer.”

Will there come a time when the certain adversity of a warming climate will outweigh the uncertain risks of solar geoengineering technology? The divergent answers to this question are at battle in the academic literature, at environmental conferences and — most of all — in the field.

Last summer, opposition from the Saami Council (an organization that promotes the rights of the Saami people in Norway, Sweden, Russia and Finland) and other activist groups stymied the launch of Harvard’s ScoPex experiment in Sweden, which sought to investigate SAI. This was the third failure to launch for the project. In the U.S., plans for experiments in Arizona and New Mexico were also canceled after local Indigenous groups spoke out. And in January, a consortium of climate scientists and governance scholars signed an open letter calling for an international non-use agreement for solar geoengineering technologies.

For now, fierce opposition has kept solar geoengineering research purely theoretical. But as climate change continues to create adversity around the world, the idea isn’t likely to disappear. At the heart of the matter is a fundamental question: Can technology evolve to avoid the disasters that it has created, or must we dismantle a broken system to create a sustainable future?

More From Discover
Environment
Arctic Weirding: After a "Strange" Summer, Yet Another Late-Season Melting Spike Hits Greenland
The Sciences
This Is What Makes A Category 5 Hurricane So Dangerous, And Others
Planet Earth
These 5 Species Were Almost Extinct, But Then Bounced Back
Planet Earth
Some Ex-Hurricanes Can Travel Across The Atlantic To Europe
The Sciences
Artifacts Are Resurfacing as Glaciers Melt, Some as Old as 6,000 Years
Planet Earth
These Rare Adaptations Help Animals Survive in the Desert
Recommendations From Our Store
My Science ShopDiscover STEM Kits
My Science ShopDiscover 2022 Calendar
My Science ShopStrange Science
My Science ShopElements Flashcards
Shop Now
Stay Curious
Join
Our List