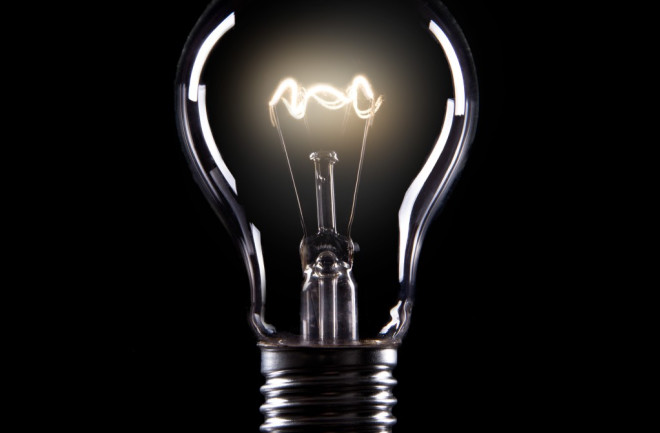 What was considered old technology, is new again.

Researchers from MIT took a counterintuitive step in the search for energy efficient illumination: Instead of devising a new means of lighting our living spaces, they resurrected the old, trusty incandescent light bulb. The old bulbs, much maligned for their relative inefficiency as compared to LEDs, were upgraded with new technology that captures and recycles wasted heat, potentially reaching efficiencies four times higher than LEDs.

Incandescent light bulbs, as we know them today, were invented in the 1880s by Thomas Edison and revolutionized our lives by emitting bright, steady light into homes and factories. Incandescent bulbs are constructed with a thin filament of tungsten wire surrounded by inert gas. When you flip a light switch, electrons are packed into a very small space, which heats the wire to around 4,600 degrees Fahrenheit and gives off light across the whole spectrum.

However, this process wastes most of the energy consumed in the form of heat, or infrared wavelengths. As a result, current incandescent bulbs achieve an efficiency of only 3 percent. Commercial LEDs, on the other hand, are roughly six times more efficient, making them the bulb of choice for energy-conscious consumers. But the tables may soon flip.

The MIT researchers created a kind of sheath for the glowing filament, called a photonic filter, composed of many layers of metal oxides. The molecules are arranged in such a way that only visible light escapes and wasted heat, or infrared light, is bounced back onto the filament where it is converted into light we can see.

Writing in the journal Nature Nanotechnology, the researchers say their technology could yield light bulbs with efficiencies over three times higher than current LEDs. In addition, the photonic filter lets through light in the full spectrum of visible colors, which creates the warm glow that many consumers favor over the comparably harsher light produced by LEDs.

Their current prototype, still a proof-of-concept, is composed of 90 layers of silica and tantalum oxide. The researchers also created a new filament for the bulb by machining a flat strip of tungsten into an accordion-like shape that enhances the light bulb’s ability to reabsorb infrared light. Researchers say this bulb achieved 6.6 percent efficiency, already over twice as high as traditional incandescent bulbs. With different combinations of oxides and additional layers, the researchers say their concept could theoretically reach an efficiency of 40 percent.

The researchers see uses for their technology not only in light bulbs, but also in thermo-voltaic generators, which turn light into electricity. Capturing and reusing light could significantly boost the output of such devices. However, don’t expect to see these enhanced, incandescent bulbs hit store shelves anytime soon though. Following legislation that set efficiency standards for appliances in 2007, light bulb manufacturers shifted their focus to fluorescent bulbs and LEDs, leaving incandescent bulbs behind.

Still, there’s something to be said about curling up with a good book beneath the warm glow of an old-school incandescent.