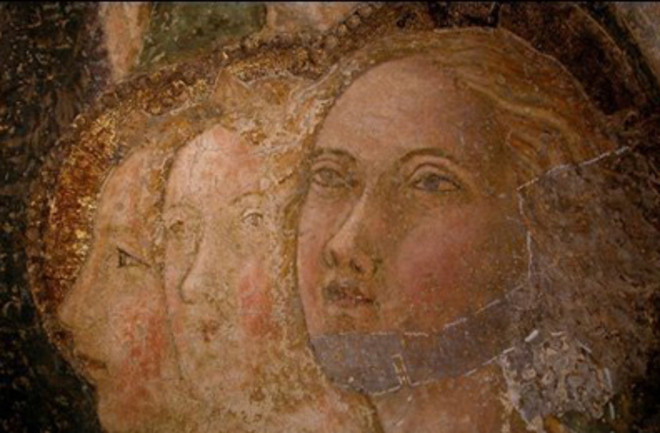 It sounded like a good idea at the time: You'd had one too many at the pub, one thing led to another, and you ended with someone's name tattooed on your back. When you rushed out as soon as possible for laser removal of the unfortunate ink, the practitioners were actually using the same techniques that some art restorers employ to remove dirt and grime from masterpieces. And according to a new study in the journal of the American Chemical Society, Accounts of Chemical Research, laser ablation is getting better and more widespread in the art world. Salvatore Siano at the Applied Physics Institute-CNR in Florence, Italy, tried out the method on a few classic works of art to record the results scientifically. He cleaned parts of a wall painting from a church in Siena, Italy, and also worked on

. While others have experimented like this over the last decade, he says, the Gates of Paradise was the first widely recognized masterwork to receive the treatment. He also notes that treating paintings poses the greatest challenge, but says that the laser cleaning showed great results--in the image above, the angel on the right was cleaned with laser ablation, while the two angels on the left received traditional cleaning. Art restoration has always been tricky, as conservationists try to remove buildup without damaging original material; it can be tough to separate the original layers from the gunk with a scalpel. Laser ablation, in which dirt and other materials crusting the surface are heated with the laser and vaporized, may avoid some of the problems associated with chemical treatments or other traditional restoration techniques. But Siano notes that a laser in unskilled hands is a dangerous thing.

. While he and his colleagues practice their skills and consider ways to use this method on the delicate pigments of easel paintings, they have stumbled upon an interesting way to clean metals: putting them underwater.

"In water you can increase the effect of the laser; it's a kind of underwater micro-explosion or micro-fragmentation" [BBC News]