Spying Made Simple: Wi-Fi Signals Used to See Through Walls 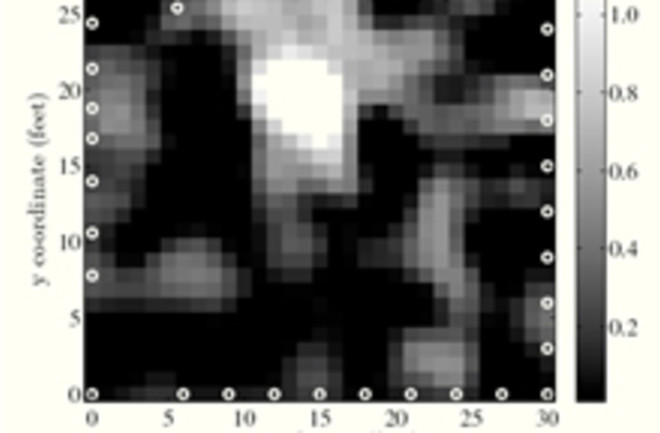 Looking for an easy, cheap way to spy on your neighbors? Researchers are working on a device that may be just the thing, which uses a simple wireless network to "see" through a wall and detect people moving around in the room beyond. But paranoid apartment-dwellers will be glad to know that the system still has plenty of limitations. At the moment the system can only track movement within a three-foot range, and it can only sense motion--it can't put together a picture of what or who's moving. The system relies on the variations of radio signals in a wireless network.

The signal strength at any point in a network is the sum of all the paths the radio waves can take to get to the receiver. Any change in the volume of space through which the signals pass, for example caused by the movement of a person, makes the signal strength vary. So by "interrogating" this volume of space with many signals, picked up by multiple receivers, it is possible to build up a picture of the movement within it [Technology Review].

The paper describing the technology has been posted on the arXiv pre-print server, and has not yet been peer-reviewed. The device could be more than a boon for voyeurs or robbers. The researchers argue that

the technology could be used in search and rescue operations, with emergency teams using the same radio technology used by Wi-Fi networks to build a web of sensors around a disaster site, revealing the location of victims and survivors [Telegraph].