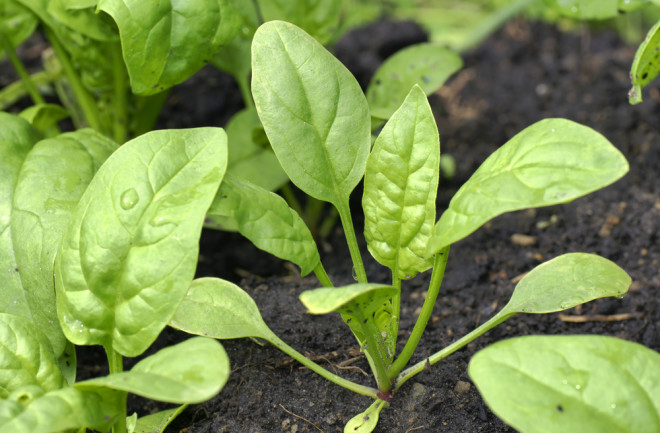 (Credit: Shutterstock) To detect explosive compounds, researchers have designed plants that communicate with us. Scientists from MIT added carbon nanotubes to spinach plant leaves, which causes the plants to emit infrared light when compounds called nitroaromatics, often used in explosives, are in the water. A specialized camera then reads the fluorescence from the plant, which signals a positive match, and an email is sent via a Raspberry Pi computer. Researchers believe their augmented plants represent early successes in an emerging field called "plant nanobionics", which could fundamentally change the way we detect bombs, droughts, toxins and more.

The same team first debuted this technology two years ago when it used nanoparticles embedded in plant leaves to detect nitric oxide, a hallmark of pollution. Since then, these scientists have developed polymers that bind to a variety of molecules, including hydrogen peroxide, TNT and sarin, a potent nerve toxin. Their custom polymers are wrapped around carbon nanotubes and applied as a solution to the undersides of leaves. The nanotubes are then absorbed into the mesophyll, a region plants use for photosynthesis, where they are exposed to all of the chemicals flowing through the plant. They used spinach plants here, but say that the same technology could be applied to any plant. Plants have a highly developed vascular system that distributes water and nutrients from their roots to the tip of their stem. They also possess a high degree of sensitivity to minute environmental changes, necessary for responding to impending catastrophes like droughts. Everything the plant absorbs cycles through its system, and molecules absorbed by the roots or leaves will eventually make their way to the nanotubes sitting in the spinach plants' leaves. In this iteration of their project, when nitroaromatics were present, they attached to the polymer wrapping to the nanotube. This caused the structure to fluoresce differently when a laser was trained on it, emitting near-infrared radiation that was picked up by a camera nearby. A computer attached to the camera registered the presence of a dangerous compound and sent out an email alert warning of a possible threat. “This is a novel demonstration of how we have overcome the plant/human communication barrier,” says Michael Strano, a professor of chemical engineering at MIT and coauthor of the study, in a news release. The team published its research Monday in Nature Materials.

The team didn't conduct trials using solely airborne compounds, which would presumably be how most commercial applications of this technology would need to operate. The researchers also didn't reveal the minimum concentration of nitroaromatic compounds needed to trigger a detection, so it's unclear how sensitive their plants are, as well. The researchers say their system takes about 10 minutes to detect the presence of nitroaromatics when they are added to the roots, and the infrared sensor works from up to a meter away, although they hope to increase that in the future. They have also increased the reliability of their detector by adding in separate nanotubes that constantly fluoresce, which they say helps to avoid false-positive detections.