"Spider Pill" Will Crawl Through Your Intestines to Check for Cancer 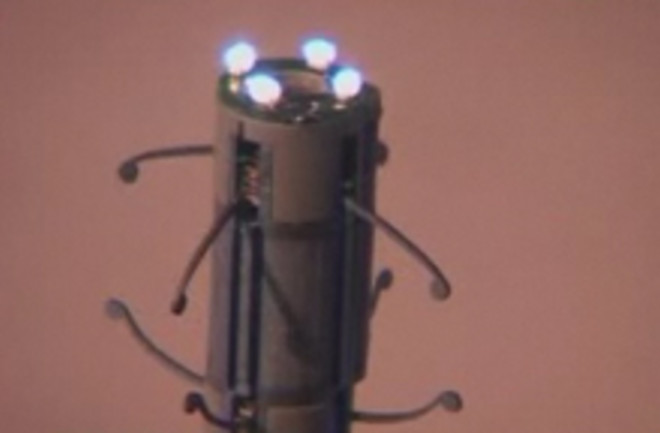 For all those patients who shudder at the thought of getting a colonoscopy and stubbornly refuse to make that appointment, there may soon be an alternative. Italian researchers have invented a "spider pill" that can be swallowed like a normal pill, but which later crawls through the intestines to check for signs of colon cancer. The researchers say the spider pill could be a great advance, because while the long and flexible endoscopes typically used in colonoscopies are very effective, many people balk at having a tube run through them. The tiny bot contains a camera so doctors can monitor its progress through the digestive system (as demonstrated in this video). Once it hits the colon, doctors use a wireless link to command it to unfold its eight legs, and then order it to and fro so they can carefully check for polyps or tumors.

Pills containing cameras already exist, but this is believed to be the first that can be controlled after it has been swallowed. Once the examination has finished, the spider pill exits the body naturally [Telegraph].

So far, the device has only been tested on pigs. The researchers also invented a related device to survey the stomach, which contains more liquid than the intestines. That little bot uses propellers instead of legs to get around. Related Content: 80beats: The World’s Smallest Motor Could Propel a Medical “Microbot” Through Arteries 80beats: Swallow This: New Electronic iPill Delivers Drugs On Command DISCOVER: Robodoc