Spacecraft That Refuse to Quit

Two of NASA's dynamic duos—the two Voyager crafts and Mars rovers Spirit and Opportunity—are famous for operating well beyond their expected lifetimes. But the U.S. space program has produced some other examples of engineering that keep on ticking...

﻿Engineers design probes with a certain lifespan in mind, but some hardy robots just keep going. The tradition begun by the Voyager twins, which outlasted their missions to Jupiter and Saturn by decades and are now reporting from the edges of the solar system, continues today: In March a combination of luck and solid engineering allowed the Stardust probe to complete its second comet-chasing mission. Here is how it and two other plucky space explorers have defied retirement. 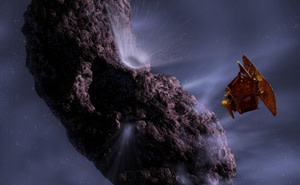 Original Mission: The $333 million probe, launched in 2005 to shoot a copper slug into the heart of comet Tempel 1, revealed organic molecules and water ice. Secrets to Survival: A surplus of fuel onboard and a flawless debut performance. Second Life: Scientists at NASA’s Jet Propulsion Laboratory restarted the probe’s thrusters in November 2007, sending it on a new mission to survey comet Hartley 2.  Current Status: After a successful comet flyby last November, Deep Impact awaits orders for yet another mission. 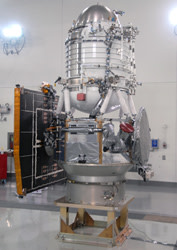 Launched in December 2009, the $300 million probe carried a telescope and a camera to survey the entire sky for 10 months. It captured nearly 2 million images. Secret to Survival: Though the robot ran out of coolant after completing its mission last October, two of its four cameras kept working above their normal operating temperature of –430°F. Second Life: NASA snapped another million images over the next four months, turning up more than 33,000 new asteroids. Current Status: WISE remains in Earth orbit, awaiting new orders.

Stardust Original Mission: Launched in 1999, the $300 million probe flew past comet Wild 2 in 2004, taking photos and gathering dust particles to bring back to Earth. Its expected lifetime was seven years. Secret to Survival: Leftover fuel reserves. Second Life: Just months after the craft dropped its payload to Earth in 2006, remotely fired its thrusters to change its course for a new mission, called Stardust-NExT, to photograph the crater created by Deep Impact. Current Status: A stunning 72-image photo shoot is complete. Now the probe is out of fuel.