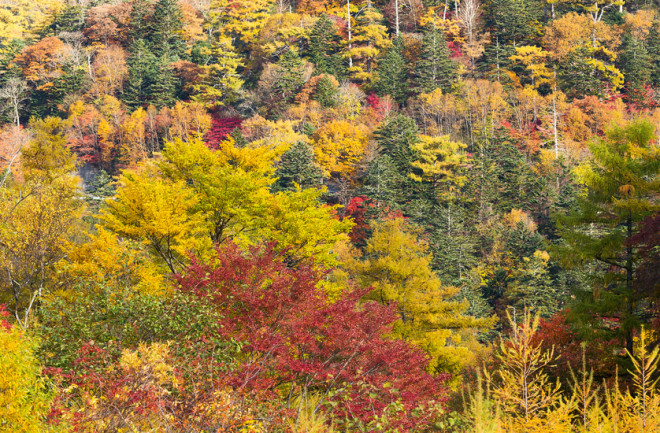 Google Street View can pretty much show you every location in the world, even the Faroe Islands thanks to camera-yielding sheep, from the ground. While Satellite View shows us a large-scale aerial of the world, what about what’s in between?

Drone tech has helped researchers discover a lost city and monitor polar bears in the Arctic. Crutsinger also says drones can be useful for studying biogeography, or the distribution of species. But why turn to regular ol’ drone owners to do what scientists could easily do with their own equipment? Well, it can be costly and time consuming. Instead of driving to every farm in the Midwest to capture images, says Crutsinger, citizen scientists could do the same in a day or two.

Fly4Fall isn’t the first citizen science project to crowdsource drone data. In 2016, California’s Nature Conservancy called upon drone owners to document flooding of the state’s coastline. But that didn’t go over well—people just didn’t capture what the researchers were looking for.

Crutsinger understands the difficulty in collecting good data via citizen science, and he has a few ideas to improve it. One way is by creating a custom app, which could program everyone’s drone to fly and capture data the same way. Then there’s an approach that adds an element of fun.

“You could say, ‘OK, here are target geo areas, go and collect them,’ ” he says. “You could gamify it and have rewards and different ways to incentivize people more than just volunteering.”

It’s an approach that could be useful outside of science research, as well. In fact, Crutsinger flew his drone over areas destroyed by the Tubbs fire that swept through California’s wine country in October, taking photos for the local fire department. He uploaded his panoramic images using the Hangar app, and later did more post processing using Pix4d (shown below).  Of course, before something like that could happen at a large scale, there needs to be tried and tested infrastructure in place—that’s where Fly4Fall comes in.

So far, Crutsinger has received more than 12 submissions, but he expects to gather a couple dozen submissions in total. That may not seem like much, but for him “that’s a success in just proof of concept. I think next year we’ll line up a network of schools and universities to take part.”

Wherever you live, even if the leaves on the trees near you have fallen, you can participate in Fly4Fall. And it’s pretty easy; you just need to have a DJI drone (see all supported drones here), an iPhone or iPad, and the Hangar app. Once you capture your 360-degree shot of fall foliage in your area, email it to 360@dronescholars.com. Below is a Fly4Fall submission from the Scottish Highlands—it’s a 360-degree video so click and drag for the full experience.

Ultimately, the Fly4Fall campaign is a test of crowdsourced drone data. Crutsinger wants to see what people submit and what problems arise. “I’ve tried not to overthink it, in terms of making it super rigorous and super standardized, but I think that will come in the future.”

To many, drones are all hype—drone delivery is just one example that gets constant media coverage, but isn’t going to happen anytime soon—and that can be discouraging (and annoying) for the people who see the tangible potential of drones.

“I felt like these past fires in California and using just the simple [panoramas] to collect really quick data, renewed my faith that drones are actually pretty useful — even off the shelf platforms that anybody could go and fly,” he says.