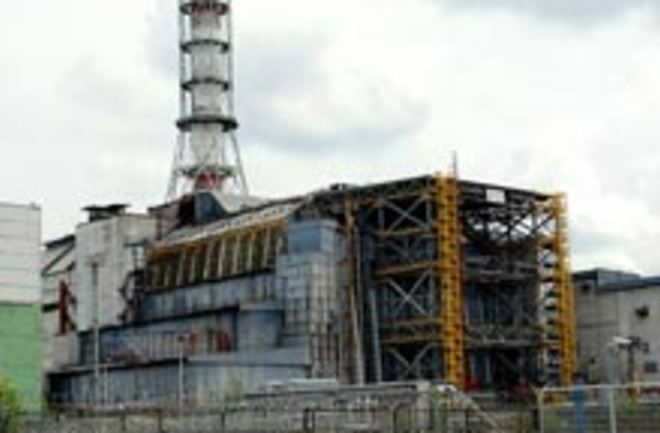 The blast that shook the Chernobyl nuclear power plant more than 20 years ago, sending a highly radioactive plume of fallout into the air, still affects local populations of butterflies and bees and other insects, according to a new study. The study appears to argue against the idea put forward by previous researchers

that the region around the power plant, contaminated by radiation and off limits to most humans, has become a sort of post-apocalyptic Eden [The New York Times],

in which animals can live unmolested. However, the new results are stirring up controversy. A pair of researchers

conducted standard surveys in forests around Chernobyl over three springs from 2006 to 2008, noting the numbers of bumblebees, butterflies, grasshoppers, dragonflies and spider webs at points with radiation levels that varied over four orders of magnitude [The New York Times].

They found that the number of bugs declined as the radiation increased, and that even relatively low levels of radiation impacted insect populations. The researchers say insects may be particularly vulnerable because radiation is usually found in the top layer of soil, where many invertebrates spend time during either their egg, larvae, or adult phases. Study coauthor Timothy Mousseau

has been working for almost a decade in the exclusion zone. This is the contaminated area surrounding the plant that was evacuated after the explosion, that remains effectively free of modern human habitation [BBC News].

With his colleague Anders Pape Moller he has also published work showing that bird populations have declined in areas of high radiation around Chernobyl, and the two are currently studying wolf, fox, rabbit, and squirrel populations in the area. But the new insect study, published in the j0urnal Biology Letters, provoked a response from the pair's loudest detractor.

Dr Sergii Gashchak, a researcher at the Chornobyl [sic] Center in Ukraine, dismissed the findings. He said that he drew "opposite conclusions" from the same data the team collected on birds. "Wildlife really thrives in Chernobyl area - due to the low level of [human] influence" [BBC News]

, he says. Gashchack also claims that the two researchers are driven by an ideological crusade.

"They have an idea to show by any means that radiation has exclusively negative effects," Gaschak says, "That's it. Truth is not their target." Mousseau denies Gaschak's charges, claiming that Gaschak's interpretation has been colored by his own self-interest. "Sergey has been struggling for the last 20 years to maintain gainful employment," Mousseau says, noting that Gaschak is determined to preserve the Chernobyl zone in the Ukraine as a wildlife refuge where he can continue to work [Scientific American].

Related Content: DISCOVER: The First Nuclear Refugees Come Home DISCOVER: Chernobyl: A Biodiversity Hot Spot? DISCOVER: Children of Chernobyl checks on the offspring of workers who mopped up the mess DISCOVER: Ten Years After examines the health toll of Chernobyl 80beats: Yucca Mountain Ruled Out for Storing Nuke Waste. Now What? 80beats: The “Dirtiest Place on Earth” Still Has a Lot of Nuke Waste to Clean Up 80beats: Leak at French Nuclear Plant Recalls Nuclear’s Downside