Scientists reassemble a frog’s living cells into robotic devices — with no electronics required. 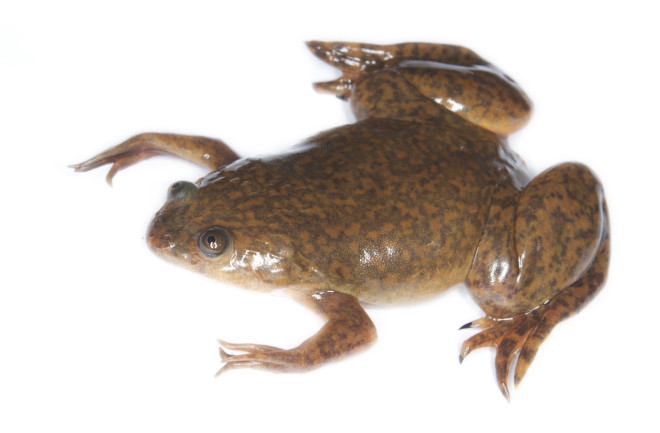 This article appeared in Discover’s annual state of science issue as “Meet the Xenobots.” Support our science journalism by becoming a subscriber.

The African clawed frog, Xenopus laevis, typically lives in the streams and ponds of sub-Saharan Africa, scavenging for food that it rips apart with its feet. In January, researchers at the University of Vermont and Tufts University published a report that gave the amphibian a different lot in life. They harvested its embryonic skin and heart cells and reassembled the living matter into robotic devices — transforming Xenopus into xenobot.

Xenobots are the first robots made completely of living materials. They’re designed on a supercomputer running software that emulates natural selection: Algorithms determine possible effective tissue configurations for a xenobot to perform a specified task, such as moving through fluids or carrying a payload. The most promising designs are sculpted with tiny forceps and cauterizing irons, then set free in petri dishes, where the specks of amphibian flesh live for about a week before decomposing. There are no electronics involved. Behaviors are programmed entirely through the structural arrangement of the pulsating heart cells held in a matrix of rigid skin cells.

Although xenobots can’t yet do much more than crawl or swim, the researchers see great potential for them to aid in fields like medicine and environmental remediation. In the future, xenobots could be engineered to deliver drugs through the human body or to gather up microplastics in oceans, politely biodegrading when the job is done.