Mega-constellations of satellites, like SpaceX's Starlink, could offer commercial navigation services with centimeter accuracy. Here's how. 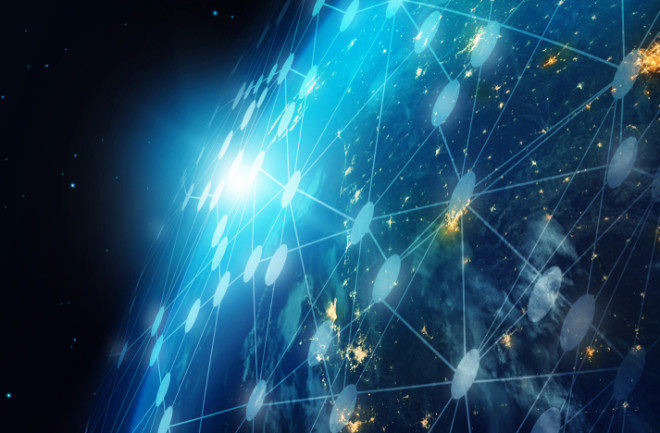 One of the modern incarnations of the space race is the scramble to create global navigation satellites systems, like the Global Positioning System. GPS has become one of the foundations of a modern technological society.

But the system is owned and operated by the U.S. military who can switch it off, or make it accessible only to their own forces, at any time. Such a move would be disastrous for other nations.

That’s why they want their own versions. Russia has developed GLONASS, a global system of 24 satellites; China has BeiDou, consisting of 35 satellites and Europe has a constellation of 30 satellites called Galileo.

These systems are remarkably similar. They consist of a relatively small number of space vehicles orbiting in medium-Earth orbit or beyond, at altitudes greater than 2,000 km and usually closer to 20,000 km.

They are also hugely expensive. For example, Galileo cost €10 billion to develop and deploy and GPS is thought to cost around $5 billion per year to operate. Nevertheless, their services are offered for free, making it hard to see how a commercial system could ever compete.

That thinking is beginning to change thanks to the emergence of commercial mega-constellations such as SpaceX’s Starlink, Amazon’s Kuiper and OneWeb. These companies are deploying, or planning to deploy, tens of thousands of satellites in low-Earth orbit to offer high speed internet connections to fee-paying customers on the ground.

Engineers have pointed out that these same satellites could also offer positioning services with significant advantages over the existing services. Because these satellites are in low-Earth orbit and use different, wider radio frequency channels, the service will be more powerful, less jammable and more accurate than the traditional satellite positioning services. And that’s something customers should be willing to pay for.

But how would such a system work? One idea is that each satellite could carry a separate positioning module that piggy-backs on the satellite. This module would act entirely independently of the internet service, carrying its own transmitter, antenna and atomic clock. But this would be expensive, making it hard to commercialize.

Now Peter Iannucci and Todd Humphreys at the Radionavigation Laboratory at the University of Texas at Austin have come up with another approach that has the potential to be much more cost effective. Their idea is to combine the navigation data with the internet data so that the information is broadcast by the satellite in the same stream. This does away with the need for a separate module. The researchers say this innovation has the potential to become a commercially viable alternative to traditional satellite navigation services.

The new approach will work by each satellite broadcasting an accurate timing signal that receivers on the ground can tune into. By comparing the arrival time of signals from several satellites, the ground systems can triangulate their position. That’s the same principle that all satellite navigation uses.

But the new satellites won’t carry their own atomic clocks. Instead, they will relay a time signal received from another satellite, such as a GPS, GLONASS or Galileo satellite.

Obviously, this relay adds a time delay to the signal. So the satellite must also broadcast its orbital details so that the ground receiver can take the extra delays into account. That can even be done ahead of time since satellite trajectories can be calculated well advance.

The timing signals must also be combined with the broadband internet signals that are the main purpose of the satellites. That’s a complex but manageable task that Iannucci and Humphreys say would use only a tiny fraction of the available bandwidth. “For a constellation such as SpaceX’s Starlink to provide continuous service to 99.8 percent of the world’s population would require reserving at most 0.8 percent of system downlink capacity,” they say.

That’s a tiny fraction of the system’s capability, which is what makes a commercial service potentially viable.

So what kind of customers might use such a positioning service? With a potential accuracy of just a few centimeters, it’s easy to imagine how automated cars, trucks and robots could make use of such a system. These devices are expected to flourish in the near future.

The communications company OneWeb has inadvertently found another user. Earlier this year, the company ran out of money, having launched more than 70 of its planned 650 satellites. In July, it was bought by a consortium led by the British government, which has promised an investment of $500 million.

Britain is interested because it was unceremoniously kicked out of the Galileo program when it voted to leave the European Union in 2016. Since then, it has been wondering how it can develop its own satellite positioning system.

OneWeb is an important stepping stone towards this. The system is currently conceived purely as a satellite-based internet service. But the goal is to upgrade it to provide positioning data too. Now Iannucci and Humphreys have worked out how.

The one fly in the ointment is that the system will at first rely on timing signals from an existing satellite navigation system such as Galileo or GPS. So it does not solve the original problem that these can be switched off at any time.