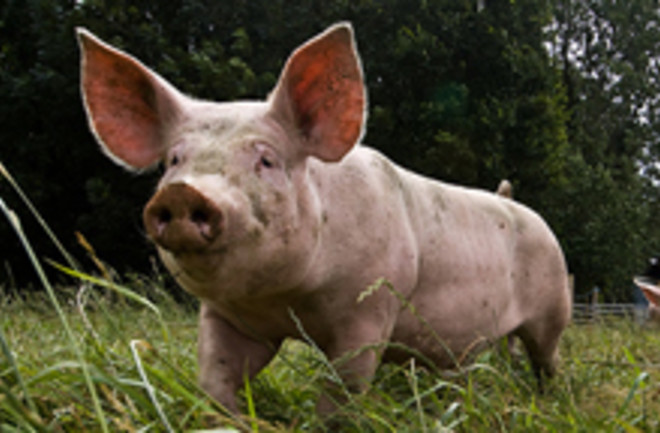 It was only a few years ago that scientists figured out how to reprogram adult cells to make them act like multipurpose stem cells, but the next discoveries are coming fast and furious. Researchers had previously transformed human skin cells into so-called induced pluripotent stem (iPS) cells that can grow into any type of tissue; now, a new study reports that the same feat has been accomplished with pig cells. The achievement raises the possibility that genetically engineered pigs could be reared as organ donors, researchers say. The created iPS cells could be genetically altered, and then cloned to produce pigs with certain traits.

By adding or deleting certain genes, for example, researchers could produce pigs whose organs can be transplanted into patients without them being recognised and rejected. Efforts to do such xenotransplants have already been under way for at least a decade, but iPS cells are easier to genetically engineer and grow in the lab than pig embryos, opening up new possibilities for xenotransplantation [New Scientist].

Pigs are considered potential organ donors because their organs are already similar to those of humans in size and function. In the study, which will be published in the Journal of Molecular Cell Biology, lead researcher Lei Xiao

reprogrammed cells taken from a pig's ear and bone marrow, using a cocktail of chemicals introduced into the cells via a virus. Tests showed that the reprogrammed cells were capable of becoming any of the cell types that make up the three layers in a developing embryo [BBC News].

The reprogrammed cells could be manipulated to replicate the effects of human genetic diseases, which could allow researchers to test out new therapies for those diseases on pigs, or the technology could be used in animal husbandry. But researchers are most excited by the new potential to grow organs for humans. Comments stem cell expert Chris Mason:

"This breakthrough to produce pig stem cells potentially reinvigorates the quest to grow humanised pig organs such as pancreases for diabetics and kidneys for chronic renal failure.... Whilst the xenograft approach may not necessarily be the long-term solution, it may represent a major step change in the treatment of organ failure, which potentially could deliver real benefit to millions of patients within a decade" [BBC News].