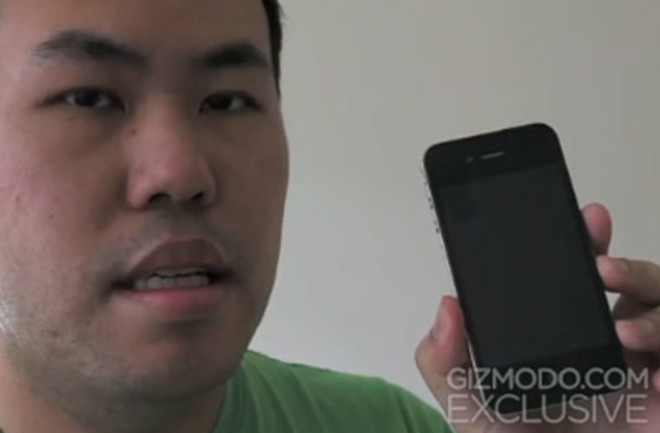 Tech website Gizmodo's Jason Chen may have scored the industry's biggest scoop this month, with the exclusive on Apple's next generation iPhone 4G, but nothing could have prepared him for the aftermath. This morning we reported on rumors that the police were investigating Gizmodo's purchase, for $5,000, of the lost iPhone. Now, Gizmodo has revealed that Chen's home was broken into by California's Rapid Enforcement Allied Computer Team last Friday. The cops, part of a task force that investigates crimes related to high-tech businesses, proceeded to seize four computers and two servers from Chen's home. The cops were in possession of a warrant from a San Mateo judge, but Gawker Media, the company that owns Gizmodo, claims that the cops' warrant was invalid. Gawker argues that the search-and-seize action violates California's journalist shield law. In his original scoop, Chen dished the details on Apple’s upcoming phone using a prototype that the company bought from the mysterious person who found the device, which had been left behind in a bar by an Apple employee. Gizmodo then coughed up the $5,000 to get its hands on the phone--which has since been returned to Apple after the company's lawyers formally claimed it and asked for it back. The seizure of Chen's computers took place on Friday night. The saga began when editor Jason Chen and his wife returned home after dinner at 9:45 pm to find their house full of police officers. The cops had broken open the front door and had seized four computers, two servers, an iPad, and other hardware from Chen's home. They proffered a search warrant when Chen asked for it. Gaby Darbyshire, COO of Gawker Media LLC, promptly hit back at the police department with this letter, stating the search warrant to remove the computers was invalid under section 1524(g) of the California Penal Code as Chen was a journalist working from home. Therefore, his writing and equipment was protected by law, writes The New York Times:

“Under both state and federal law, a search warrant may not be validly issued to confiscate the property of a journalist,” she wrote in a letter to San Mateo County authorities on Saturday. “Jason is a journalist who works full time for our company,” she continued, adding that he works from home, his “de facto newsroom.” “It is abundantly clear under the law that a search warrant to remove these items was invalid. The appropriate method of obtaining such materials would be the issuance of a subpoena,” Ms. Darbyshire continued.

Nick Denton, the founder and president of Gawker Media, told The Times that the case may get to some fundamental questions about blogging: "Are bloggers journalists? I guess we’ll find out." Related Content: Discoblog: The Saga of the Lost iPhone May End With Criminal Charges 80beats: Apple’s Lawyers Claim the iPhone Prototype That Was Left in a Bar Discoblog: So a Guy Walks Into a Bar… and Discovers Apple’s Latest iPhone 80beats: iPad Arrives—Some Worship It, Some Critique It, HP Tries to Kill It Discoblog: Apple App Store Backs Off Rejection of Pulitzer-Winning Political Cartoonist Discoblog: Weird iPhone Apps (our growing compendium of the oddest apps out there) Image: Gizmodo