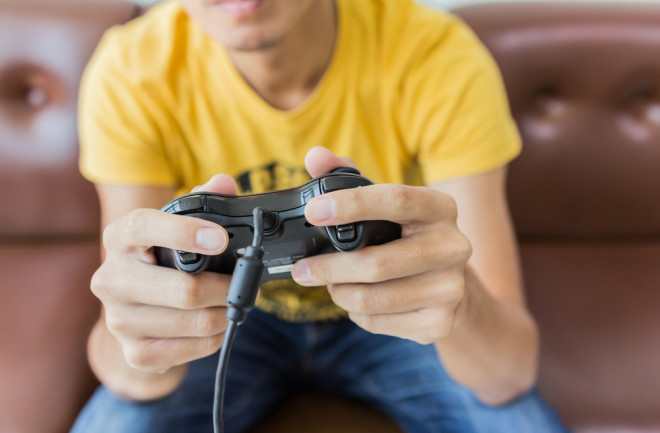 Video games are a favored target for various kinds of hand-wringing, about things as diverse as obesity, ADHD, and violence. In many cases the evidence is scant. Now, another item has been added to that list.

A small study has found that people who play action games on a regular basis may undergo brain changes associated with certain kinds of neurological and psychiatric disorders. If this linkage holds up under scrutiny, it could mean that gamers are putting their minds at risk.

Psychologist Gregory West and his team started by gathering a randomized group of fifty-nine young adults, and divided them into two groups based on their gaming habits. One group (26 people) was composed of people who regularly played at least six hours per week of action video games (like Call of Duty, Grand Theft Auto, and Tomb Raider), while a second group was composed of those who didn’t.

Then both groups of volunteers were asked to navigate a virtual-reality maze. For the first few runs, the maze contained landmarks, like trees, a rock and some mountains – but after that, the landmarks disappeared, which meant that the volunteers had to navigate the maze from memory.

Overall, gamers and non-gamers were equally adept at navigating the maze, but they reported using different strategies. Eighty percent of video gamers used a response strategy, which means using sequences of turns, rather than environmental cues, to navigate. Only 42 percent of non-gamers relied on memorized movement sequences.

That difference may have implications for gamers’ brains. People who display response learning strategies tend to have a bigger and more active striatum – a part of the brain that links simple stimulus-response-reward sequences together – and a smaller and less active hippocampus, which forms episodic, relationship-based memories.

Playing video games could thus be building up players’ striatum at the expense of their hippocampus. And that has implications for overall brain health, since a shrunken hippocampus is associated with risk of neurological disorders such as Alzheimer’s and schizophrenia, the researchers report this week in Proceedings of the Royal Society B.

“Older adults use response strategy more and more so, in this sense, video gamers look like older adults,” West told the Guardian.

But Daphne Bavelier, a cognitive neuroscience professor at the University of Geneva who specializes in video game research, doesn’t think West’s chain of reasoning is so clear-cut. “There is no evidence in the data they present for a causal link,” she says, “but rather quite a chain of inferences from the behavioral results to the conclusions, not only of a decrease in hippocampal volume, but then also of a risk of developing neurological diseases.”

And the study did not directly measure hippocampal or striatal volume in the volunteers’ brains. Other studies that have examined these structures in video gamers’ brains have found mixed results. Super Mario was found to increase gray matter in the region including the hippocampus, but other studies have indicated that different game genres can have opposite effects.

West plans to expand upon the research by carrying out such direct measurements. For now, he says, “I would say play action video games, if you enjoy them, in moderation – just be aware that there may be costs in addition to previously known benefits when it comes to your brain.”

More From Discover
Health
This is Your Brain Off Alcohol
Mind
Music, Dance and Bilingualism Could Help Alzheimer’s – If Learned Young
The Sciences
Optical Illusions Are Weirder Than You Think
Mind
People Are Drawn To Others With Similar Body Odor
Health
Researchers Restore Cell and Organ Function in Pigs After Death
Mind
Could Brain Injuries Explain King Henry VIII’s Tyrant Behavior?
Recommendations From Our Store
My Science ShopDiscover STEM Kits
My Science ShopDiscover 2022 Calendar
My Science ShopStrange Science
My Science ShopElements Flashcards
Shop Now
Stay Curious
Join
Our List