Is It Time to Chuck the Internet and Start Over?

Expanding today's overcrowded Web is like building a skyscraper on a pile of styrofoam. 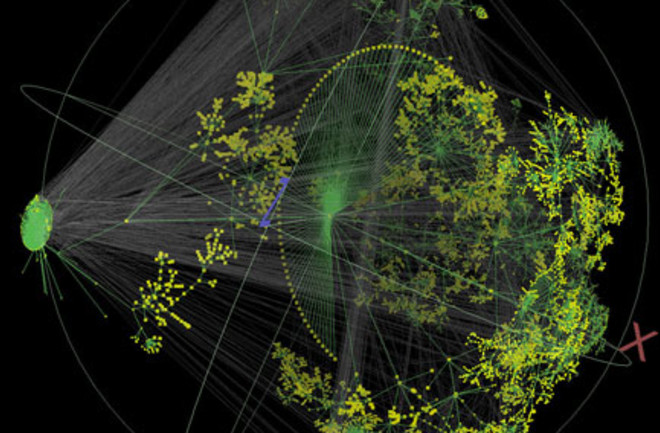 Image © Regents of the University of California Berkeley | NULL

The Internet is a fast-growing 40-year-old city in desperate need of renovation. In 2008 1.5 billion people worldwide used the likes of BitTorrent, IM, Facebook, e-mail, Google, and Skype via communications protocols originally intended for mere hundreds. The wear is not only showing but worsening: Upkeep and patchwork programming continue to make running networks expensive, and cybercrime is flourishing. In response, teams of computer scientists are gathering to form a Manhattan Project of sorts to rethink the Internet.

The National Science Foundation (NSF) chose Ellen Zegura, chairwoman of GENI’s network science and engineering council. “Think of FedEx compared with the old U.S. Postal system.” However, while the mail and package delivery system is large and complex —much like the Internet—it has had far more time to test a variety of iterations, from private to public to a combination of the two. The challenge of integrating new ideas into the existing Internet is more like writing, filming, and then editing an entirely new story line into the Matrix trilogy: How do you reconfigure an entire universe that’s already overclocked, jacked-in, and densely coded?