If You Build a Ghost Town in the Desert, the Geeks Will Come 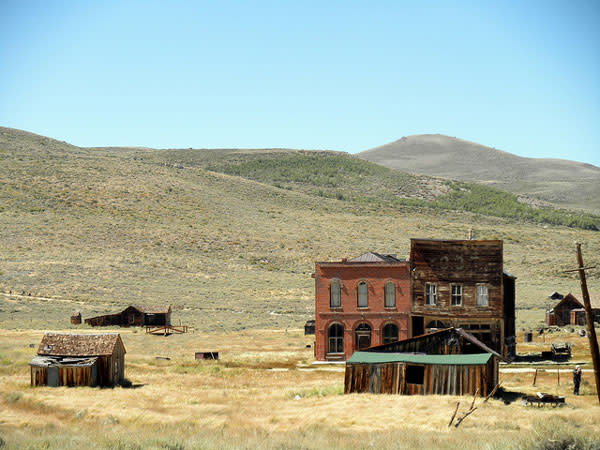 New Mexico has a lot of land and a lot unemployed folks, and the state government has apparently been casting around for some combo deal that lets them use one to fix the other. And they must have been successful, because a DC-based engineering consultancy recently announced that they will be starting a $200 million construction deal there

, building a city large enough for 35,000 on public land. A ghost city. No people allowed. The ghost town will have all the modern conveniences, including new buildings, old-style buildings, houses, apartments, schools, commercial blocks, and traffic lights. But it will not have all the usual users of such conveniences, including dental hygienists, CEOs, angst-ridden teenagers, commuters, soccer moms, tax lawyers, and executive assistants. In fact, the only people allowed will be scientists and engineers. It's a scientists-only ghost-town club. What will the scientists be doing? Testing new technology, of course--Pegasus-Global Holdings

got the idea when they had trouble testing their clients' smart energy tech in a realistic environment and, like many movie producers before them, decided to just build the durned place themselves. They're calling it The Center. Which isn't creepy at all, right? And in no way suggestive of future scifi-horror movies. Pegasus hopes to have companies building smart grid, solar, and other energy tech, as well as research scientists, use The Center as a testing ground to evaluate and tweak their work, which is quite difficult to do without a model environment as complex as a city. People interested in commercializing the research being done at The Center will also be allowed in the club. New Mexico is hoping that there will be many such people, because the city itself will create only about 350 jobs, but having a tech corridor sprout up, they think, would be really dandy. Maybe folks will build a new Silicon Valley on the edge of the ghost city. Hey, you gotta have dreams! It's not unprecedented for scientists to fence off a whole chunk of land for their experimental schemes; there's Los Alamos

, of course, and large pieces of Nevada that still set off Geiger counters

, where people can burn stuff down and toodle around in the ashes, figuring out how trees recover. Testing future energy technology sounds innocent enough, but let's just keep a close eye on this one, shall we? Anyway, we're looking forward to when the thing is actually built and pictures are released in a few years, and we can get a highly-realistic zombie apocalypse preview.