IBM to Build "Thinking" Computers Modeled on the Brain 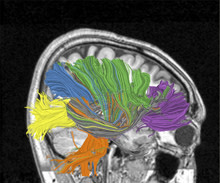 IBM has won a $4.9 million government grant from DARPA to begin the first phase of research on "cognitive computing"-- essentially building computers that work like living brains.

The new brain-like computers will aim to process vast amounts of data to solve problems without relying on specific programmed algorithms.

"The challenge is that computers today are very good at computing, but what we really need is a more efficient way of sifting through information" [International Herald Tribune].

The inside of computers already have the look of neural networks, a static road map of electronic circuits. But the brain actually works by constantly creating, breaking, and tweaking the synaptic connections between neurons. Although today's computers may excel at complex challenges with clear rules, like chess, they fail at simple tasks that require strategy, sensation, perception, and learning, like finding misplaced keys. IBM will partner with five universities to develop new nano-scale circuitry that has the ability to shift depending on the signals that pass through them.

Free from the constraints of explicitly programmed function, computers could gather together disparate information, weigh it based on experience, form memory independently and arguably begin to solve problems in a way that has so far been the preserve of what we call "thinking" [BBC].

says that the time is right for such a cross-disciplinary project because three disparate pursuits are coming together in what he calls a "perfect storm" [BBC].

First, neuroscience has discovered the biological processes underlying simple brain function. Second, supercomputing has enabled technology to match the complexity of these brains.

And third, nanotechnology has made it possible to imagine creating simulated synapses, the very element of the brain that enables it to work at speeds and efficiencies computer scientists have so far only dreamed of [CNET News].

Modha says scientists have already created computers that rival the mental abilities of rats, but the new "thinking" computers will aim for the intelligence of cats. When asked whether he foresees any potential dangers to re-creating the brain's powers, Modha hedged

, "The questions are so technically challenging and it is so engaging at this point to begin to put the puzzle together, and the whole part is still not completely visible... I think it is premature to worry about what if" [CNET News].