Hundreds of Delicate Spirals on Martian Surface Indicate a Volcanic Past 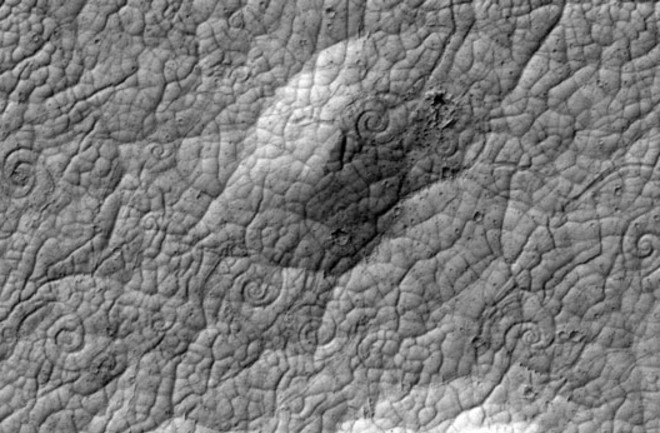 The HiRISE camera orbiting Mars spotted 269 of these beautiful coils on the surface of the Athabasca Valles Region of the Red Planet. The patterns, which range from 15 to more than 90 feet wide, seem to be larger versions of those sometimes observed on Earth after a volcanic eruption; they can arise when two lava flows going in opposite directions curl around each other, or when the molten lava rotates slowly because of differences in the density or viscosity of two intersecting flows. There has been debate among scientists over whether the region's unusually patterned surface was formed by ice or lava, and the publication of these images in this week's Science adds credence to the lava theory.

Image courtesy of NASA/JPL/University of Arizona