How to Tell a Fine Old Wine: Look for That Hint of Radioactive C-14 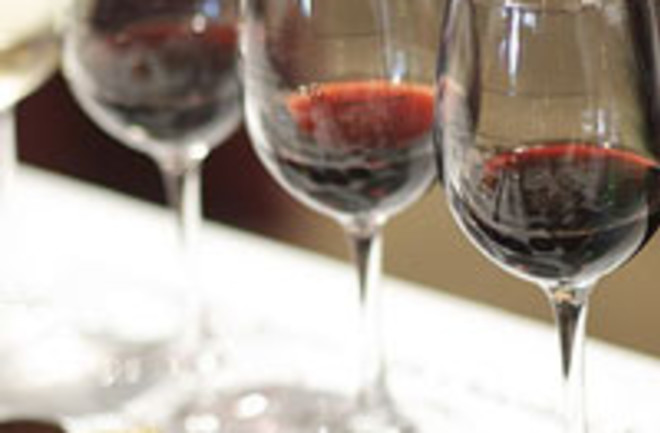 Imagine dropping a few hundred dollars for a bottle of "premium wine" only to discover it tastes like plonk! For years, collectors of fine wines have gone to great lengths to ensure that the wine they buy is indeed of the advertised quality and age. From tamper-proof caps to prevent the dilution of a premium wine with cheap stuff to an electric tongue that can distinguish fine wines, connoisseurs have tried their best not to get ripped off. Now, they have another trick at their disposal, and this one involves an atom bomb. According to new research, collectors can avoid purchasing a faked bottle of an old vintage by running the wine through a "bomb pulse" test, which uses the radioactive material present in air to date the wine. The system is accurate enough, say scientists, to date your wine's vintage up to a year of its production--so that a collector can be certain, for example, that a Chateau Lafite Rothschild 1982 isn't actually a child of the aughts. Speaking at the American Chemical Society meeting in San Francisco, chemist Graham Jones said that prior to the 1940s, all the carbon-14 in the Earth's biosphere was produced by cosmic rays and nitrogen in the upper atmosphere. However, from the late 1940s to 1963, atomic bomb tests released radioactive material and significantly increased the amount of carbon-14 in the atmosphere. Ever since the atomic tests stopped in '63, this "bomb-pulse" C-14 has been gradually diluted by the CO2 formed by the burning of fossil fuels. What's all this got to do with vino? Well, when the grapes on the vine took in this CO2, they also ingested the bomb pulse C-14 and in the process, transferred minute, harmless qualities of the radioactive carbon to their wine. PhysOrg explains:

The scientists used a highly-sensitive analytical device called an accelerator mass spectrometer to determine the C-14 levels in the alcohol components of 20 Australian red wines with vintages from 1958 to 1997 and then compared these measurements to the radioactivity levels of known atmospheric samples. They found that the method could reliably determine the vintage of wines to within the vintage year.

So much like carbon dating helps determine the age of prehistoric fossils and artifacts, the lingering traces of bomb-pulse C-14 present in wine could help determine its vintage. The scientists are hopeful that this technique will help prevent fraud in the $3 billion global wine market. Related Content: Discoblog: New Robots Could Tell Whether the Wine is Fine 80beats: Science Explains: Why You Can’t Drink Red Wine With Fish 80beats: Fabulous Fizz: How Bubbles Make Champagne Burst With Flavor 80beats: Chemistry Experiment Produces the Ultimate Wine TasterImage:Wikimedia