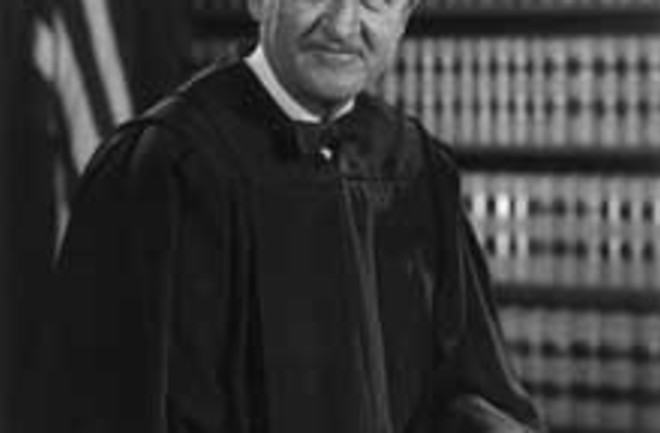 The nation's political focus this week is on the plodding confirmation hearings for Elena Kagan to become a Supreme Court justice. But if you need a break from choreographed political spectacle, it's a good time to remember that the man she would replace, Justice John Paul Stevens, casts a long shadow over science and tech. Ars Technica revisits Justice Stevens' legacy—he was a onetime Navy cryptographer who helped Internet freedom by ruling against parts of the Communications Decency Act and opposing software patents. And if you still have drawers full of Star Trek: The Next Generation episodes you taped off TV, you have Stevens' decision in Sony v. Universal to thank for that (as well as setting the precedent that stopped the music industry from suppressing mp3 players).

In that 1984 case, the Supreme Court came just one vote short of banning the Betamax VCR on the grounds that taping television shows off the air was an infringement of copyright. Justice Stevens wrote for a 5-4 majority that "time shifting"—the practice of recording shows for later viewing—was a fair use under copyright law. Stevens concluded that manufacturers were not liable for their customers' infringement if their devices were capable of "substantial non-infringing use." He noted that Congress was free to amend copyright law to give Hollywood control over VCR technology, but concluded that the courts shouldn't do so unilaterally [Ars Technica].

DISCOVER: The Intellectual Property Fight That Could Kill Millions