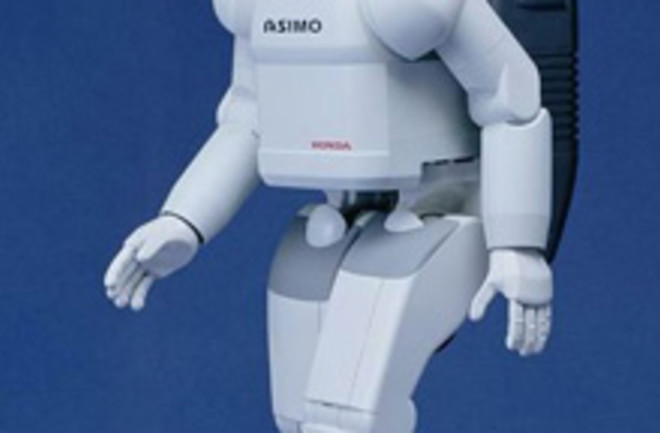 Unlike a lot of humans, robots had a great week. They’ve begun to evolve, they’re helping babies with mobility disorders, and one even brought Einstein back to life... sort of. In the past, for robots to adapt to any physical changes, they needed their control software to be redesigned. Now, engineers in the U.K. have developed a robot that has a "brain" that can develop, in both size and complexity, along with its physical body. Their hope is that the brain will advance the robot to a more humanlike being that can grow over time, like humans and other biological creatures. "After all," said Sethuraman Muthuraman, one of the scientists, "if you want to develop a complex robot why not take the same route as biology did?" Meanwhile, at the University of Delaware, scientists have developed a "tiny power chair" that can help babies with mobility problems explore the world at an earlier age. Children with conditions like cerebral palsy and spina bifida are not usually mobile until three years old, when they can use a traditional motor wheelchair. But with a joystick, babies as young as six months can operate the new robot-enhanced chair, which the university is currently working to bring to the market. And in Long Beach, California, an "empathetic robot" made to look just like Albert Einstein, mustache and all, interacted with the crowd at a technology conference. With eyes that can follow people and the ability to change facial expressions depending on the mood or conversation, this robot gives roboticists, not to mention Einstein fanatics, reason to rejoice. Related Content: DISCOVER: Robots Evolve And Learn How to Lie DISCOVER: Has the Einstein Revolution Gone Too Far?