For a Real Blast, Strap a Nuclear Reactor to a Spaceship 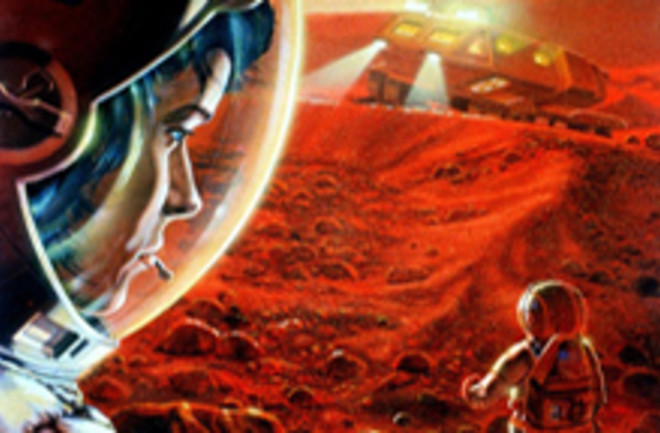 The Russian space agency has proposed a powerful new way to get a spacecraft to Marsor beyond: just put a big ole nuclear reactor on board.

The head of the agency, Anatoly Perminov, just proposed this new class of nuclear-powered spaceships for manned missions to explore our solar system. “The project is aimed at implementing large-scale space exploration programs, including a manned mission to Mars, interplanetary travel, the creation and operation of planetary outposts” [AP], Perminov wrote in an online statement. He suggested that preliminary designs could be completed by 2012, and said it would then take about nine years and $600 million to build the spacecraft. Some experts call these numbers utterly unrealistic, but Russian President Dmitry Medvedev insists that the government is very serious about the project.

The idea of a nuclear-powered spacecraft is not entirely new. Some NASA space probes that venture into the outer reaches of the solar system (where solar panels are less effective) make use of a mild type of nuclear power, in which the gradual decay of radioactive plutonium isotopes generates electricity. But such systems can only produce a few hundred watts of electricity. In contrast, the craft that Perminov proposes would be powered by a nuclear fission reactor, where uranium atoms are split to produce energy. Perminov said the new nuclear-powered ship should have a megawatt-class nuclear reactor, as opposed to small nuclear reactors that powered some Soviet military satellites. The Cold War-era Soviet spy satellites had reactors that produced just a few kilowatts of power and had a life span of about a year [AP].

A megawatt-class manned spaceship is an ambitious idea, but Igor Lisov, a Russian aerospace expert, says he doesn’t believe it will ever be built. “Both the US and the USSR tried very hard to master this technology, but neither ever got to the point of building something that could be used,” he says. Environmentalists point to a long list of accidents with Soviet nuclear-powered satellites, including the crash of Kosmos-954 over northern Canada, which spread radioactive debris over a wide area [The Christian Science Monitor]. A nuclear-powered spacecraft would primarily pose an environmental threat if something went wrong during takeoff or re-entry into the atmosphere, but experts also worry about astronauts’ radiation exposure from the reactor.