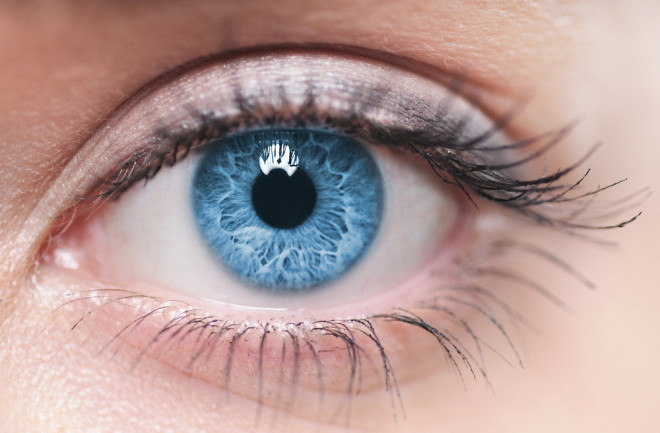 (Credit: Piotr Krzeslak.Shutterstock) Staring into a flickering light could help treat Alzheimer's disease. Using a mouse model, researchers from MIT have demonstrated that flashing light at a specific frequency can alter patterns of brain activity in a way that reduces levels of amyloid-beta plaque in the brain. While human trials haven't begun, this approach to treating the neurodegenerative disease is quite novel, and the method could treat a range of diseases in the brain.

While we have made little progress with treating Alzheimer's, it seems to be correlated with excess levels of the amyloid-beta protein in the brain, which can cause toxic plaques to accumulate and affect brain function. The MIT team says that it's able to inhibit the formation of these plaques by stimulating the brain's immune system, made up of microglial cells, to clear out the amyloid-beta proteins and help to restore normal brain function. Smoothing a particular pattern of synchronized neural activity, what we colloquially call brain waves, seems to kick microglial cells into action. In people with Alzheimer's, brain waves called gamma oscillations no longer occur at the regular rate. In their experiment, the researchers used flashes of light to tune gamma oscillations in mouse brains, effectively resetting them to pulse at their normal rate of 40 Hertz. "In short, by resetting disruptive neural activity, we can activate immune genes in the brain which kickstart microglia to remove amyloid beta plaques and potentially halt the progression of Alzheimer's disease," says Annabelle Singer, an assistant professor of biomedical engineering at the Georgia Institute of Technology and a co-author of the paper, which was published Wednesday in Nature.

The researchers think that the flashing light stimulates a kind of chain reaction that begins in the visual cortex and spreads to other neurons in the brain, bringing them all back into rhythm with each other. How the restored pattern of neural activity convinces the microglia to get to work is still not understood, though. Using RNA sequencing, the researchers found upregulation of genes related to the microglia following the therapy, but were unable to trace the mechanism any further back. In an accompanying article, Liviu Aron and Bruce Yankner of Harvard Medical School suggest that it could have something to do with "synaptic pruning," a normal process of neural trimming that could get out of hand in people with Alzheimer's disease. They also add that the "elegant" experiment shows promise for regulating the activity of other proteins in the brain, suggesting that the concept could be applied to a potentially broad range of diseases and disorders. Any implementation in humans will have to wait, however. This study was only conducted in mice, and such studies are known to fail when translated to humans. Whether human diseases can be treated with just a flashing light remains to be seen — but the preliminary results are nonetheless exciting.