Everything Worth Knowing About ... Virtual Reality 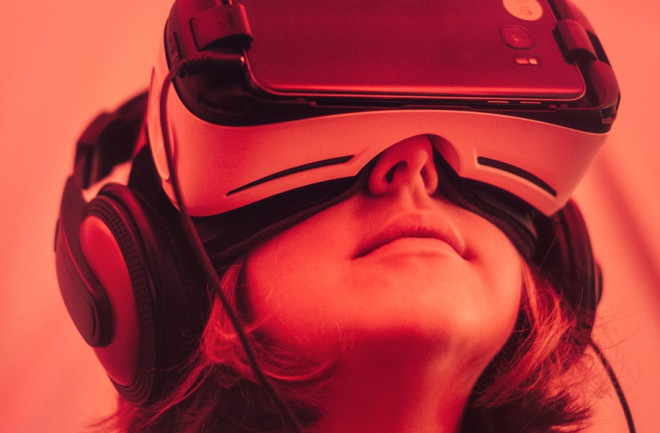 Forget reality: In virtual reality, you can be whomever and wherever you want. VR makes the unreal real, using computer software and hardware that responds to our body’s movements to immerse us in a convincing alternate existence.

There’s plenty of space to roam. VR places can be huge. In Second Life, an early pioneer of virtual worlds, you can attend university, own a blimp, have blue fur — whatever. It includes more than 600 square miles of otherworld existence. The worlds of Minecraft, another digital sandbox, could cover Earth eight times over.

The possibilities are endless. VR movies offer new vehicles for narrative structure. VR classrooms may reach students who don’t thrive behind a desk. Soon, we may have virtual meetings, conferences, classes and parties. According to tech entrepreneur Philip Rosedale, who founded Second Life, “We have an insatiable appetite for communicating with each other. VR is the next medium in that regard.”

Right now, the visual fidelity of these worlds remains somewhat blocky and lacks personal details: In most VR worlds, you can’t see where other people are looking, or what they’re doing with their hands. But while VR is famous for overpromising and underdelivering, Rosedale sees progress being made on these fronts — think eye-tracking sensors, or gloves that communicate gestures. Within a few years, personal VR meetups could be startlingly personal.

The future is exciting, but uncertain. VR environments — including headsets — can trigger motion sickness. And critics warn that we’re becoming increasingly isolated and risk addiction or physical harm. Champions say VR brings us together. The only certainty is that as this tech experiment evolves around us, we’re all lab rats in the least natural environment imaginable — one entirely invented by humankind.

In 2014, the VR tech market totaled a paltry $100 million in sales. But in just three years, virtual universes have undergone a very real big bang — financially. Sales of software and hardware should approach $5 billion this year. And if these trends continue (a decent-sized “if”), some analysts say sales could skyrocket to $38 billion by 2020.

Conquer fear. Afraid of flying, spiders or tight spaces? VR exposure therapy may help reduce anxiety through gradual, safe and realistic contact with what haunts you.

Avoid falls. A recent study showed a decreased risk of falling in people with Parkinson’s disease who engaged with a kind of VR. Patients walked on a treadmill while watching a real-time video of their own feet walking. In the six months after the exercise, patients who trained this way saw a 50 percent reduction in their rate of falls compared with patients who’d only walked on a treadmill.

Live without chronic disease. Alternate worlds like Second Life also offer a place where people who have chronic diseases can leave their physical bodies behind and interact with other people online.

Our perceptions are shaped by sounds, sights, feels, tastes and smells. A convincing VR world needs to hit all those buttons

1989 VPL Research introduces the data suit, which includes sensors all over the body and a bulky headset that turns sensory data into an immersive virtual experience.

2003 Launch of Second Life, an online 3-D fantastical facsimile of the real world.

2014 Launch of Google Cardboard, a cheap headset that turns a user’s smartphone into a VR platform.

2015 SpatialOS debuts, a platform for coders to create seamless virtual worlds for thousands of gamers.

2016 Wide release of the Oculus Rift, HTC Vive and PlayStation VR, high-powered consumer headsets that let users move around in a VR environment.