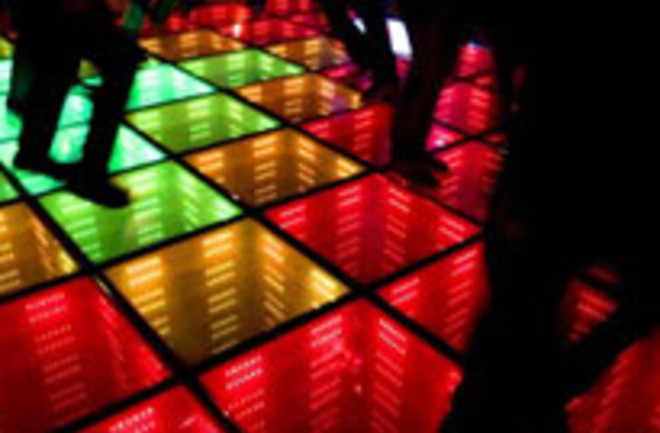 It was a green idea that boogied straight off the dance floor and onto the city streets. Residents in the French city of Toulouse are testing out a special stretch of pavement in the city center that produces energy every time someone walks across it. The pavement is embedded with special sensors that convert energy from motion into electricity. It’s an idea that was first implemented in a Rotterdam nightclub by the Dutch company Sustainable Dance Club (SDC), where the company installed special modular dance floors that harvested the dancers' energy. City authorities in Toulouse hope to replicate that system in the city center; as people walk across the special pavement, they'll help generate between 50 and 60 watts of electricity. Energy captured during the day would be stored in a battery that could be used to power a nearby street lamp at night. French authorities are powering ahead with the testing despite concerns about the system’s high cost, and have already overcome several problems along the way. The Guardian reports:

The prototype of the modules, said [City deputy mayor Alexandre] Marciel, was unsuitable for street use as "at that stage they only worked if you jumped on them like a kangaroo. So a model was developed on which you can walk normally and still produce enough energy to power the lights," he said.

Meanwhile, in Sweden, experts have figured out a way to harness body heat from morning commuters at the busy Stockholm station and transfer it to the heating system of a nearby building. It’s a system that is already in use at the Mall of America in Minneapolis, but the Swedes have worked out a way to move the heat between buildings. The station is toasty in the morning as more than 250,000 Swedes rush about getting to work; the station’s ventilation system traps their body heat, which is then used to warm water in underground tanks. That water is then pumped through pipes to a nearby 13-story building about 100 yards away and used to heat that building. In the long run, experts hope to lower energy costs in the new office building by at least 20 percent each year, all for an initial investment of just $30,000, writes Time magazine. Related Content: Discoblog: Copenhagen Hotel Lets Guests Pedal-Power Their Lightbulbs Discoblog: Musical, Fahrvergnügen-Inspired Staircase Makes Commuters Less Lazy 80beats: New “Nanogenerator” Could Power Your iPod With Your Own Movements 80beats: Green Makeover Aims to Cut Sears Tower Electricity Use by 80% 80beats: Windmills on NYC Skyscrapers Sound Cool, but Wouldn’t WorkImage: SDC