Europe Isn't Ready for Meat and Milk from Cloned Animals 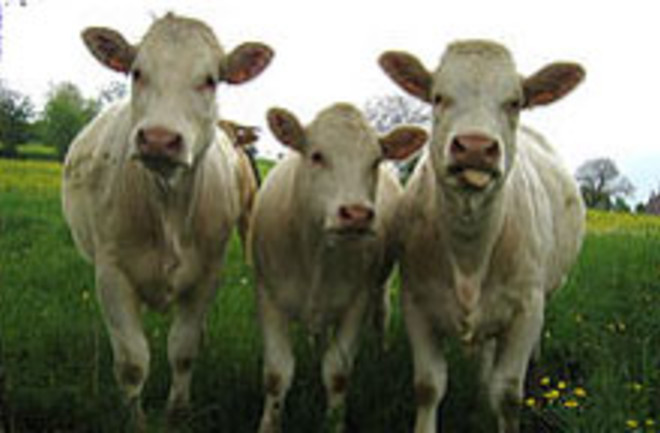 A report from an European Union agency says that while meat and milk from cloned animals appears to be safe for human consumption, more studies are needed to prove the point. While the document from the European Food Safety Authority is not the final word on the matter, it seems to indicate that European consumers won't be chowing down on steaks from cloned cows anytime soon.

"For cattle and pigs, food safety concerns are considered unlikely. But we must acknowledge that the evidence base is still small. We would like to have a broader data base and we need further clarification" [Reuters]

, said an agency official. The report also said that cloning has a negative impact on the health and welfare of the animals, as clones are more likely to be born with birth defects and often die younger. Europe has been more cautious about using biotechnology to alter the food supply, in contrast the the United States. While genetically modified food crops have been banned in most of Europe, they've been widely adopted by American farmers. The debate over cloned livestock seems likely to follow a similar pattern, with Europe hanging back and the United States pushing ahead:

In January, the [Food and Drug Administration] concluded that meat and milk from clones of cattle, swine and goats were as safe to eat as food from conventionally bred animals. It asked the cloning industry to adhere to a voluntary moratorium on putting cloned products into the food chain to prepare for a smooth transition [The New York Times].

Boosters of the technology say that by selecting prize-winning animals for cloning, ranchers could create herds of cows that are more resistant to disease, and that produce more milk and lean meat. The European Union won't make a final decision on the cloned animal products yet;

it has promised to also take into account public opinion towards cloning and has commissioned a survey due in the coming months [Telegraph].