What if Old Saint Nick replaced his reindeer with electric, solar or nuclear power? We run the numbers. 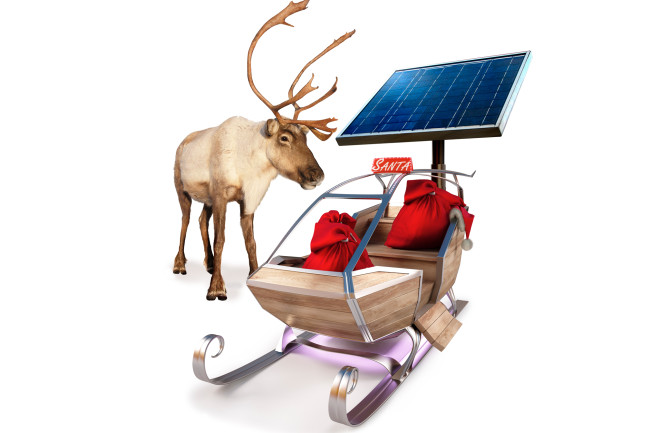 For most of his fabled career, Santa Claus has had to rely on reindeer for transport of his global export enterprise. Now, however, modern technology is giving the big guy in the red suit options other than ruminants.

An elf wishing to remain anonymous gave our reporter access to specs on various alternatives Old Saint Nick is considering to cover his 4.6-million-mile route to all “nice”-listed boys and girls.

[This article originally appeared in print as "Belly Full of Jelly and a Sleigh Full of...Solar Panels?"]