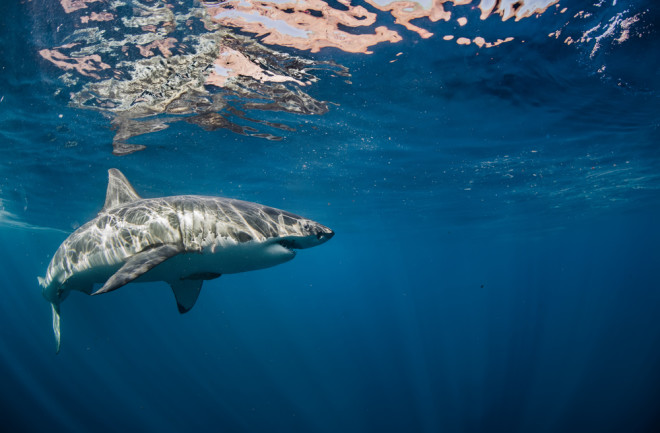 Drone patrols are giving lifeguards a leg up when it comes to monitoring shark activity on popular beaches.

Combing the beach areas for sharks is an inefficient process that can take hours, but with help from a DJI Phantom, lifeguards at Seal Beach in California are conducting shark watch in minutes. Beachgoers here can enjoy their dip in the ocean knowing there are eyes in the sky keeping them safe.

Before we get any further, it’s important to point out that shark attacks are extremely rare occurrences. Sure, recent headlines from North Carolina are troubling, but there were just 72 unprovoked shark attacks worldwide in 2014, according to the International Shark Attack File. By comparison, scientists estimate that 6,000 to 24,000 people die every year from lightning strikes.

Still, who wouldn’t want to know if a shark was nearby before they head out to catch a wave? Before drones took off, lifeguards used a rather time-consuming system to locate sharks. When a potential shark sighting was reported, a lifeguard would hop on a Jet Ski and race out to the general location to survey the area. If the shark appears to be aggressive, lifeguards would then shut down the beach if needed. The entire process could, at times, take up to two hours. Now, lifeguards just launch a drone and survey a much larger area in just 15 or 20 minutes.

Catching Them on Camera

The new Seal Beach drone patrol is either making people feel safer, or removing the veil of ignorance that beachgoers enjoyed. Within 10 minutes of sending their Phantom into the sky, lifeguards spotted 10 to 12 5- to 6-foot great white sharks near the shoreline, CBS Los Angeles reports. But lifeguard Joe Bailey told the network there was nothing to worry about:

“If we get bigger sharks or we get sharks that are aggressive, we’re actually going to close the water. But right now, we have sharks that are 5- to 6-feet long, non-aggressive, acting like normal sharks, feeding on bottom fish.”

Shark spotting isn’t the only job drones have at beaches. In Chile, drones fitted with a float, camera, microphone and speakers are helping lifeguards rescue bathers in trouble.

If there’s ever a Baywatch revival, we’d like to see a drone hovering over the shoulder of jogging lifeguards clad in red swimsuits.