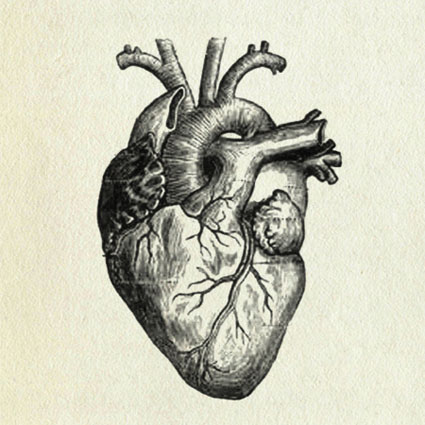 What to you do if a doctor says your heart's aortic root had ballooned to nearly two inches, and that a heart attack is imminent unless you receive a mechanical valve--a fix that requires blood-thinning drugs for the rest of one's life? Easy--just invent your own heart implant. This was the scenario facing Tal Golesworthy in 2000. An engineer from Tewkesbury, England, Golesworthy has the same tissue disorder that afflicts over 12,000 people in the UK: Marfan syndrome. But Golesworthy decided that the valve wasn't his only option. As The Engineer reports:

What excited him was the use of magnetic resonance imaging (MRI) and computer-aided design (CAD). He believed that by combining these technologies with rapid prototyping (RP) techniques he could manufacture a tailor-made support that would act as an internal bandage to keep his aorta in place.... "It seemed to me to be pretty obvious that you could scan the heart structure, model it with a CAD routine, then use RP to create a former on which to manufacture a device," explained Golesworthy. "In a sense, conceptually, it was very simple to do. Actually engineering that was significantly more complex."

The main difficulty was that the scanners had trouble imaging his beating heart, and since you can't tell your heart to "hold still" for the camera, Golesworthy did the next best thing: he created multiple images of his heart at the same cardiac cycle. With CAD helping him design the implant, the next obstacle was how to translate a digital design to a workable heart implant. As The Engineer reports

The team looked at a number of different processes, such as 3D embroidery, but ended up using a standard medical polymer, polyethylene terephthalate (PET) in a textile solution that allowed them to form a mesh directly onto the former. The mesh weighed less than 5g, was an exact fit for the ascending aorta and could be sutured into place by the surgeon. The process, from proposal to final product, took just under two years.

All the while, Golesworthy was working against the clock, knowing that a heart attack could rear its head at any point. From The Engineer

"My aorta was dilating all through that period," said Golesworthy. "When you’ve got the scalpel of Damocles hanging over your sternum, it motivates you into making things happen and so they do…"

And they did. Golesworthy created his implant and surgeons implanted it into his heart in 2004. Since then 23 other patients have had the same surgery, and the implant has the potential to become the standard for valve-surgery in the coming years--all thanks to a man who could have died from a big heart, but instead decided to share it. Related Content: DISCOVER: Young at Heart

80beats: Bill Clinton Got 2 Stents. What’s a Stent? Are They Overused?