The presence of videos and images altered with artificial intelligence are nearly doubling every six months. But the problem might be more than meets the eye. 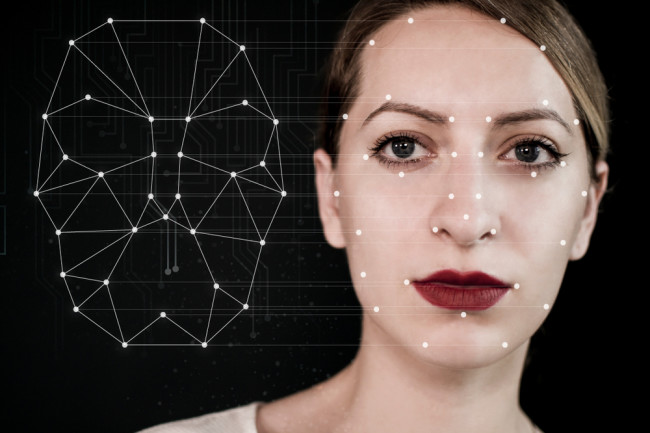 Encountering altered videos and photoshopped images is almost a rite of passage on the internet. It’s rare these days that you’d visit social media and not come across some form of edited content — whether that be a simple selfie with a filter, a highly embellished meme or a video edited to add a soundtrack or enhance certain elements.

For example, take the moon disaster speech given by former president Richard Nixon when the Apollo 11 team crashed into the lunar surface. Just kidding — that never happened. But a hyper-realistic deepfake of Nixon paying tribute to a fallen Buzz Aldrin and Neil Armstrong appeared in a 2019 film, In Event of Moon Disaster, which showcased the convincing alteration of the president’s original speech.

Other current and former world leaders, such as John F. Kennedy, Barack Obama and Vladimir Putin have been the subjects of deepfake videos, too, in which they appear to say and do things that they never actually said or did. Though the rise of deepfakes in recent years has been discussed in popular media, the pool of academic literature on the topic remains relatively sparse.

But researchers have expressed concern that these doctored images and videos could present a growing security risk in the coming years. A report last week in Crime Science predicts that deepfakes will pose the most serious security threat in the next 15 years out of a host of other AI-powered technologies.

“Humans have a strong tendency to believe their own eyes and ears,” the researchers wrote in their concluded. So when the media we consume looks too good to be fake, it’s easy to fall victim to trickery. And the amount of deepfakes online continues to grow, though not always in the places you might expect.

What Makes a Deepfake?

The term deepfake doesn’t refer to just any convincing edited video or image — more specifically, the term is a conglomeration of “deep learning” and “fake.” This specific type of media relies on neural networks to alter audio and video.

The technology to create deepfakes has gotten easier to access over the years, with a handful of programs and websites cropping up that allow users to make their own, sometimes at a hefty price. Still, many of the deepfakes that populate various corners of the internet aren’t that convincing, says Giorgio Patrini. He’s the CEO and founder of Sensity, a company in Amsterdam that has been researching the spread of deepfakes since 2018. Patrini says most of the deepfakes he’s come across are made with the same few open-source tools. “The reason is they are very easy to use and they are very well-maintained and known by the communities,” he adds. And most media they find “in the wild,” as Patrini puts it, use the same few methods to alter digital footage.

Recently, Facebook announced the results of a competition where experts built new algorithms to detect deepfakes — the winner was able to detect 82 percent of the AI-altered media they were exposed to. Some deepfakes can be created using methods that are still hard for current detection algorithms to spot, but Patrini says deepfake creators in the wild tend to use cheaper, simpler methods when making videos. The detection software we have now is actually pretty successful at sorting through the large swaths of media found online, he adds.

“I would say maybe 99 percent, or even more, of the deepfake videos that we find are … based on face swapping,” he says. “There are other ways to create fake videos, even changing the speech and lip movement, [or] changing the body movement.” But so far, those are not the most popular methods among deepfake connoisseurs, says Patrini, so current algorithms can still weed out much of the AI-altered content.

In 2019, when Sensity released a report on the state of deepfakes under the name Deeptrace, they detected 14,678 total AI-altered videos online. Of those, 96 percent were used in pornographic content.

"We haven't gone very far from it," Patrini says. Despite widespread media coverage of political deepfakes, pornographic edits have been the reigning form of AI-altered content to spread across the web. And so far, women are pretty much always the targets — Sensity's 2019 report found that 100 percent of detected pornographic deepfakes featured female subjects.

Just two months ago, Sensity identified 49,081 total deepfake videos online — a trend showing that the numbers are doubling nearly every six months. Lately, Patrini says, they’ve observed an increase in videos targeting people who are popular internet personalities, or influencers, on Youtube, Instagram and Twitch. "Maybe a year ago we saw that most of the content was featuring known celebrities that could be … from the entertainment industry,” he says. But deepfake creators are also targeting individuals, often women, who lead active lives online.

Can We Stop the Spread?

While AI-altered media might seem all bad, the technology itself isn’t inherently damaging. “For many people, deepfakes already have an intrinsically negative connotation,” Patrini says. But the technology behind it can be used for a host of creative projects — such as translation services or visual tricks in movies and TV shows.

Take the Nixon deepfake, for example. The directors didn't present their creation to mislead viewers or make them think the history books got the Apollo 11 mission wrong. Rather, the film used an experimental new technology to showcase what an alternate historical timeline might have looked like, while educating viewers on how convincing deepfakes and video editing can be.

"With some sophistication, people can actually fake an ID and also fake how they appear on the video," Patrini says. Sometimes that can mean opening accounts under a stranger's name, or a fake name and creating a persona that does not exist. For now, Patrini says, this kind of trickery does not appear to be widespread — but it does represent a more sinister application for deepfakes.

And with the technology getting easier to access, it’s likely that the spread of deepfakes will continue. We can only hope people will choose to use them for good. 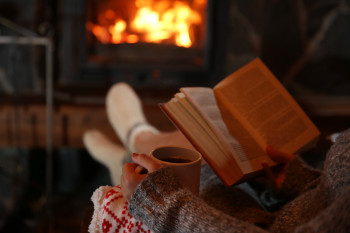 Page-Turning Science Books for December: Medieval Science, Neanderthals, and a Handbook for Humankind