Coding the Future: A Q&A With Hadi Partovi of Code.org

Hadi Partovi, founder and CEO of Code.org, wants kids nationwide to have the chance to learn computer science. 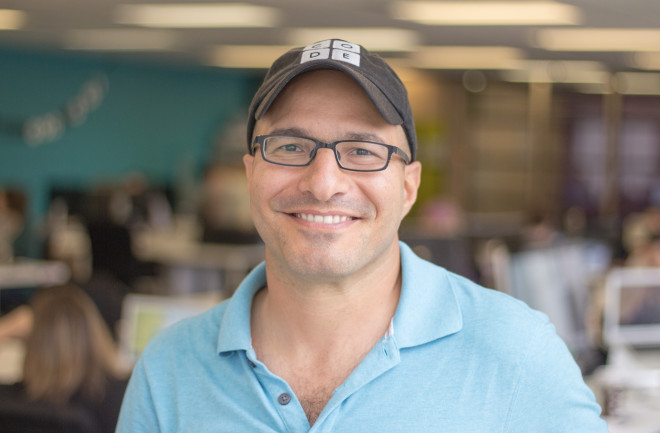 This story appeared in the May 2020 issue as "Coding the Future." Subscribe to Discover magazine for more stories like this.

It may seem like computer nerds already rule the world. But despite a growing interest in computer science among U.S. high schoolers, the demand for coders still far exceeds the number of students earning bachelor’s degrees in the field. Beyond that, many public schools simply don’t teach computer science for techies-in-training.

Hadi Partovi, founder and CEO of Code.org, is working to change that. The nonprofit advocates for computer science education and offers coding courses for schools across the country. Partovi, 47, spoke to Discover’s Alex Orlando about growing up during the Iranian revolution, how Code.org took flight and the importance of providing students with a firm foundation in computer science.

A: My childhood had two extremes. On the one hand, I grew up during the Iran-Iraq war, and my neighborhood was one that was regularly bombed by Iraqi fighter jets. From age 6 to roughly 12, we went through almost 2,000 nights of getting bombed. Simply surviving that was one of the most important factors in [me] being alive today. Living during a revolution under a totalitarian regime, at a time of war, in a bombing zone, is probably one of the worst places you could want to grow up.

But my life really took a major change when my father brought home a Commodore 64 computer. I was lucky to be the son of a father who was a physics professor and a mother who was a computer scientist. So growing up in that terrible environment, this Commodore 64 was basically my escape. If you can dream of something exciting and fun, your creativity is only limited by what you can code. So I began using that computer to create apps and games and music. That got me really interested in computer science when I was young.

Q: How did Code.org get started? Was there a lightbulb moment for you?

A: My whole career, I’ve realized the amazing opportunities for the people who pursue this field. But it’s limited to only the few because learning computer science is something that very few people have access to. Not everybody has a mom who’s a computer scientist or a father who’s a physics professor, but everybody goes to public schools. I started Code.org because I realized that the vast majority of American public schools don’t offer a single class in computer science.

The spark of inspiration, for me, was the day that Steve Jobs died. He’s somebody I always viewed as a role model for all the technologies he invented. And when he passed away, he was about a decade older than I was at the time. The No. 1 thought on my mind was, “What’s my legacy going to be like?” That was the moment that I decided I was going to definitely start this initiative.

Q: Why is it so important to teach kids coding and computer science?

A: The one reason that most people think of, and what captured my imagination initially, would be economic opportunity. But I actually think that’s the least important, because maybe 10 percent of people might go into jobs that require some computer science knowledge.

There are two important reasons to teach computer science to every child: One is because it is increasingly foundational for every career and for basic civic engagement and citizenship. Kids who start kindergarten today are going to be graduating from school in the 2030s. If you imagine the 2030s and think how much the world has changed now, relative to the start of the century, there is no way that you can imagine a student who has had a nondigital education [would] be ready for that world — no matter what job they want to go into. Understanding how computers work, how the internet works, how apps work, what is an algorithm, how do you manage safety and security — these things are just as important as learning how the digestive system works or how photosynthesis works or how to protect yourself from a biological virus.

Q: Any success stories that stick out to you?

A: The personal stories are the most touching. One that comes to mind is a student who we profiled when she was a senior. Our students are all over the country, but she was a senior in a high school relatively near where Code.org is headquartered, just south of Seattle. This is a young woman who’s a child of immigrants. Nobody in her family had even gone to college before [and] definitely didn’t have any experience in computer science or technology.