Chinese Censors Crack Down on Sexting 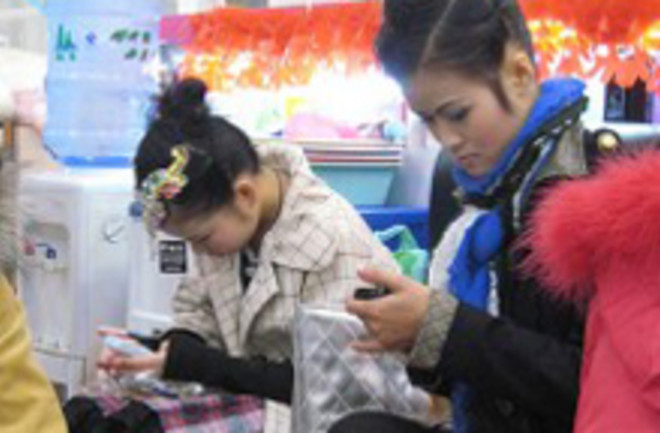 Chinese citizens hoping to share dirty jokes or flirtation via text message will now be subject to Beijing's all-seeing eyes. After policing the Internet and censoring online dissent, the Chinese government has stepped up its monitoring of cell phone messages in the country. The government is encouraging people to be mindful of the texts they send, and is asking them to refrain from writing or forwarding any smutty messages or pornographic content. State controlled-media has reported on the new effort to clean up cell phone messages. Mobile service providers in Guangzhou, Beijing, and Shanghai are reportedly trying a text-filtering system, looking for porn or sexual content in short messages--which the Chinese refer to as "yellow texts." The Economist reports on the new message-filtering initiative:

Those caught sending yellow ones risked having their phone’s text function blocked. Restoring it would require a visit to the police and a written pledge not to text smut again.

The move is provoking howls of protest among texters and online users. The Economist writes that one popular blogger said he would continue sending text messages until he found out what words caught the attention of the administration's censors. A newspaper article complained that the filtering was unconstitutional, prompting one official in Guangzhou to clarify only those who send an estimated 300 smutty messages an hour were likely to be penalized (huh, huh). Beijing has also decided to fight back against the profusion of "yellow texts" by launching a "red text" campaign--encouraging texters to send politically correct "red texts," which normally consist of Mao's sayings or party propaganda. Related Content: 80beats: Hillary Clinton to China: Internet Censorship Is an “Information Curtain” 80beats: Google to China: No More Internet Censorship, Or We Leave 80beats: Googlefest Can’t Stop, Won’t Stop: 3 New Ways Google Will Take Over Your Life 80beats: China Bans Electroshock Therapy for “Internet Addiction” 80beats: China’s Internet Users Force Government to Back Down on Censorship