GM says that tightly controlling how the battery charges will keep it alive for 10 years/150,000 miles. 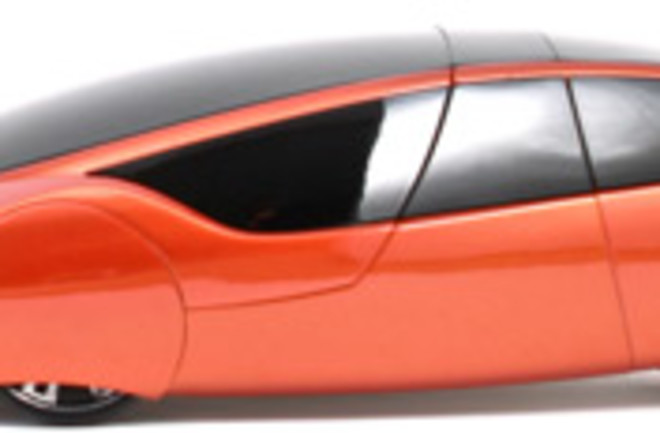 General Motors is hoping to gain an advantage over its competitors’ hybrid car offerings with the Chevy Volt, an extended-range electric vehicle. The Volt promises to be so fuel efficient, GM says, that it will let some drivers almost completely stop visiting gas stations.

Since cars started puttering around on America’s streets early in the 20th century, there have been several attempts to replace gasoline-powered internal combustion engines with all-electric motors and batteries. These attempts failed, in no small part because it was difficult to recharge the vehicles when they ventured outside their local range. In recent years the solution has been hybrid vehicles that recharge their batteries on board, thanks to a generator connected to a gasoline-powered internal combustion engine. Although this is more fuel efficient than a pure internal combustion vehicle, all the energy these hybrids use to move the vehicle ultimately comes from gasoline.

The Chevy Volt’s lithium-ion battery pack, in addition to being rechargeable on board by an internal combustion engine, can also be charged from an external power source—specifically, regular household current. This means that drivers can plug in their vehicles to recharge overnight and get up to 40 miles of driving the next day from about 80 cents’ worth of electricity. When the vehicle goes beyond the 40-mile mark, the internal combustion engine kicks in, powering the car and partially recharging the batteries, giving the car a total range of about 400 miles. If a driver is, say, a commuter living within 20 miles of her workplace, she can go a long while between gas tank refills. (Even in such a case, however, the Volt would consume some fuel; periodically the car’s internal combustion engine automatically starts up and burns some gas in order to perform self-diagnostic tests and keep itself lubricated.)

Lithium-ion (Li-ion) batteries are familiar to anyone who owns a cell phone or laptop computer. Relative to other rechargeable battery technologies, they offer a good combination of cost and energy density, a measure of how much electricity can be stored in the battery per pound. Unfortunately, also familiar to many cell phone and laptop owners is the fact that Li-ion batteries tend to deteriorate over time and die after a few hundred charge-discharge cycles. In consumer electronics, it is a relatively minor inconvenience to replace an old battery with a new one every couple of years, but this would be unaccept­able in a hybrid car, especially given the large size of the battery pack and the difficulty involved in replacing it.

Chevy got around this problem by carefully managing how the battery pack is charged and discharged. Enough spare capacity is built into the pack so that it has to be charged to only 80 percent of its theoretical capacity to provide a 40-mile driving range. By not charging the battery pack to the max, its life is prolonged. For similar reasons, the pack is never discharged to less than 30 percent of its capacity. GM claims the result is a battery lifetime of 10 years or 150,000 miles without any noticeable deterioration.