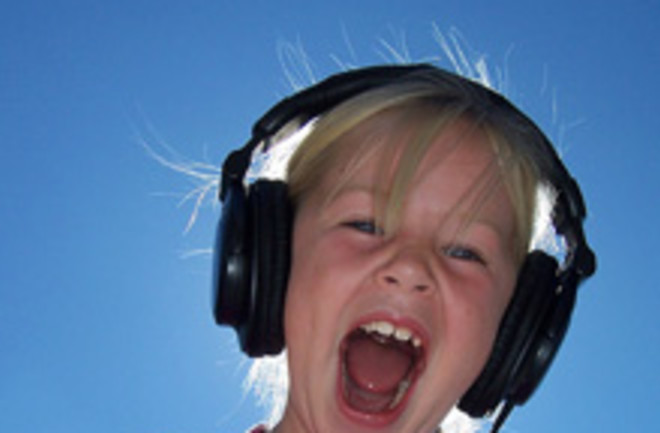 Imagine a device that's like The Clapper on speed: A smile, finger gesture, or wink can start up your washing machine. Or control your iPod. Or tell your cell phone to call your mom. Now, this wonder-remote is a reality. A new gadget that looks just like a pair of ear buds can measure facial expressions to control electronic devices—so winking your right eye, for example, will change the song on your iPod. The "Mimi Switch," developed by Kazuhiro Taniguchi, a Japanese scientist, uses infrared sensors to measure movements inside the ear, which are triggered by various facial expressions, and then transmits signals to a micro-computer that controls electronic devices. It’s pretty much a hands-free remote control for anything electronic. It stores and can even interpret data, allowing it to customize itself to individual users, as Taniguchi told AFP: "If it judges that you aren't smiling enough, it may play a cheerful song." In addition to its usefulness in controlling music devices or cell phones, Taniguchi says it can also be used as a safety measure, providing hearing aids for the elderly, or health monitors: It could measure, say, how often someone sneezes, and if it senses a serious health problem, it could send a warning message to relatives. Which is a good thing, considering we won't have enough health care providers to keep an eye on all those aging people. Related Content: Discoblog: Remote-Controlled Flying Jellyfish! DISCOVER: The Remote-Controlled Helicopter That Predicts Volcanic Eruptions