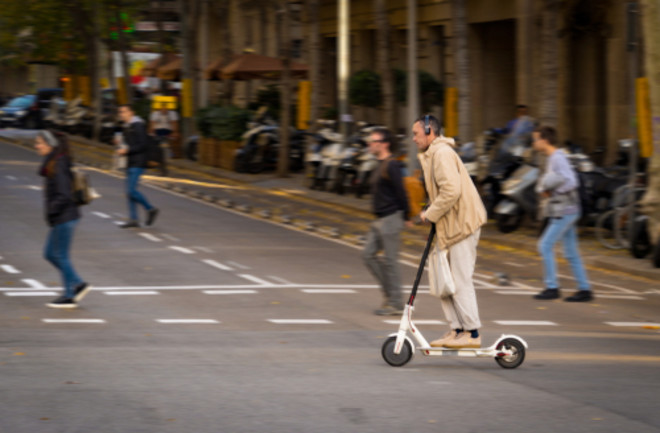 As popular as they are, electric scooters aren’t the safest mode of transportation. Earlier this year, the Centers for Disease Control and Prevention reported that about 20 injuries happen per 100,000 e-scooter rides. That may not seem like a lot, but half of those instances resulted in impacts to the head, and some 15 percent ended in traumatic brain injuries.

The CDC report analyzed data from riders in Austin, Texas. However, other cities with these trendy two-wheelers are seeing a spike in injuries as well. After brands like Bird and Lime were legalized in Indianapolis in September 2018, first-response teams saw between two and 24 scooter-related injuries per month.

Not surprisingly, radiologists from the Indiana University Health system also saw an increase in CT scans and X-rays used to diagnose scooter mishaps. A new study presented at the annual Radiological Society of North America conference Tuesday sifts through data from their emergency department to find patterns among injured patients.

Though the study looks at a small sample of 36 patients who received a total of 69 examinations for their injuries, the data show that riders are more likely to injure their upper extremities, and young riders tend to end up in the hospital most often.

Perhaps unsurprisingly, younger riders were disproportionately affected by scooter injuries — a whopping two-thirds of the patients who needed examinations were between the ages of 18 and 30. Just two riders were above the age of 51.

The data were collected from 19 male and 17 female riders. Researchers did not draw conclusions based on which injuries correlated with which age group or gender.

Most injuries happened to patients' upper extremities, which makes sense: You might stick out your hands to break a fall when your scooter is about to wipe out. But researcher also recorded a high number of ankle, knee and head injuries on motorized scooters.

But the limited data leaves several questions unanswered. Researchers say there was a lack of documentation on the type of scooter that was being ridden at the time of accidents. They also did not report trends based on the speed of the scooter or if the patient had been wearing protective gear at the time of the accident.

For now, the researchers say their small-scale study was conducted to highlight the need for more public information about riding motorized scooters. Additionally, they say wearing protective gear like helmets and wrist guards could lessen injuries in the event of an accident.

Some e-scooter companies recommend that riders wear helmets, but that advice isn't always enforced by state laws. And it doesn't seem to be a popular choice among riders, either. The CDC study found that only 1 of 190 injured scooter riders shielded their noggins at the time of their accident.

"We believe that many users are not fully aware of the potential significant injuries that may occur with e-scooter use," Mohsin Mukhtar, a study author and radiologist at Indiana University, said in a press release. "Raising awareness and doing further research on this topic could inform future policy."