Are Flip Phones Really Better for You?

Some claim “dumb phones” are the key to a happier life. But smartphones come with useful tools, experts say, and don’t necessarily have to make us miserable. 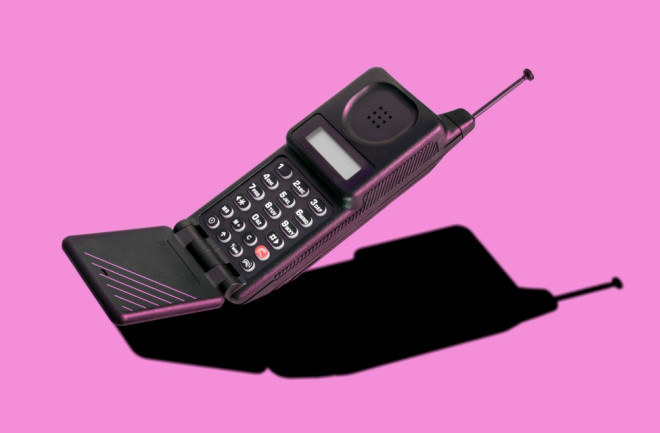 With the constant distractions imposed by smartphones, which can sometimes feel like an additional limb, it might sound tempting to ditch yours and opt for a low-tech flip phone instead. A small yet mighty group of people have actually done it: Thousands gather on internet forums dedicated to “digital minimalism” and “dumb phones.”

Smartphone-free lives don't usually result from a quest for mindfulness, though. They’re more likely a necessity due to limited technical knowledge or constrained budgets: People older than 65, low-income individuals and those with a high school education or less are among the least likely to own a smartphone, according to 2021 data from Pew Research Group.

Still, some have converted primarily for their own wellbeing. Dumb phones allow users to “restore agency” and can “be used to complement life and not to capture our attention,” some advocates claim. And in recent years, companies may have caught on to the uncommon yet fervent desire for simpler mobile gadgets. For instance, Nokia has released a flurry of early-aughts flip phone redesigns, like the redesigned 2720 model that arrived in U.S. stores this May. In 2018, the company announced the “return of the icon” — a ramped-up version of the sliding, banana-like phone from 1996 made famous by The Matrix.

Saul Pwanson, 44, is a software engineer who longs for an open-source smartphone that he can repair himself, though they’re difficult to snag and can come with years-long waitlists. In the meantime, he got rid of his iPhone and now sports a flip phone that he says has simplified his life. “I wasn’t really addicted to my phone, but there is a kind of compulsion when you have everything on your phone,” he says. “I appreciate that I can’t do anything more with [my flip phone], and people can’t bug me to do anything more.”

The Costs of Convenience

It turns out that common frustrations with high-tech phones, including frequent notifications, can have tangible consequences on our health. For example, researchers have found that smartphone dependency can increase the risk of anxiety and depression in young people, disrupt the sleep cycle, and even reduce cognitive capacity.

Despite making us feel bad, plenty of people continue to use them throughout the day — likely because user design schemes render us desperate for the dopamine boosts they bring, a fact that companies often use to their advantage. These devices can also alter our brains in slightly similar ways to cocaine: MRI scans of individuals with smartphone addictions revealed decreased grey matter, which helps us process information, in several crucial areas of the brain associated with functions like emotional regulation and decision-making, according to a June 2020 study published in Addictive Behaviors.

And, of course, smartphones mess with real-life social interactions. Studies have found that they likely reduce smiles between strangers, distract parents from connecting with their children and, more broadly, diminish the benefits of hanging out with friends and family. In 2015, nearly 90 percent of people reported using their phones during their most recent social activity, Pew found.

Given the numerous cons associated with fancy phones, could simpler ones with fewer pestering notifications actually improve our mental and physical health? It likely depends on individual characteristics, like your age and the specific outcome you’re seeking, says Sarah Pressman, a wellbeing scientist at the University of California, Irvine who has studied the effects of cellphones on social interactions and stress levels.

For example, a person in their twenties (the group with the highest percentage of smartphone ownership) with a simple Nokia may feel left out while watching the rest of their friends scroll away on their more luxurious devices. But the switch could pay off for someone seeking new companions or a more mindful existence, Pressman says. “The biggest benefit of switching to a non-smartphone is forcing you to be in the moment, make social connections and enjoy the thing that you’re doing.”

Ian Medeiros, 27, a Ph.D. student in Duke University’s biology department, has only ever owned flip phones and says he often accidentally leaves his at home — but doesn’t encounter any issues without it. When connecting with friends, its limited functionality may actually prove to be a good thing. “It’s a little more difficult to text, so I’m not inclined to be texting while sitting with people at a bar or something,” he says. “I feel like it helps me be a little more present in social situations.”

Smartphones may also inhibit the fleeting — yet meaningful — relationships we develop with others. Despite the fact that short interactions with strangers have been found to be beneficial to our emotional wellbeing, technology like mobile ordering continues to cut down quick chats during grocery trips and coffee runs, says Kostadin Kushlev, a behavioral scientist at Georgetown University.

Lower-tech devices could also allow us to control when we encounter push notifications, which negatively affect task performance and concentration. Medeiros only uses Twitter at night via his laptop, avoiding pesky buzzes throughout the day when he gains a new follower or retweets. It’s a somewhat similar technique to spacing out and “batching” notifications on smartphones, which Kushlev has found can reduce stress among users.

Yet flip phones also come with obvious pitfalls. As companies continue to unveil impressive smartphone cameras, neither Pwanson nor Medeiros are fans of their devices’ relatively crude options. And while it may encourage people to put their phone away while with friends, Pwanson says that the T9 keyboard makes for “painful” texting.

As for travel, flip phones present an obvious challenge: Users must make their way in the world without navigation apps like Google Maps, or use slow-loading, simplified alternatives. Some have bought GPS devices for their cars, or even taught themselves how to use old-fashioned physical maps.

And there’s the issue of outsourcing. Medeiros says he has relied on his girlfriend’s smartphone for directions when in an unfamiliar city. Similarly, hours of phone surfing could easily be replaced with equivalent time spent on a computer, which still counts as screen time.

This raises an interesting point: Are flip phone devotees technically using smartphones (albeit indirectly) when asking friends or family to complete certain tasks for them? This possibility isn’t lost on Edward Tenner, a historian who has spent decades writing about the downsides and unintended consequences of evolving technologies. He has a few friends who have held out on buying any type of cell phone, yet ask their social circle for app-based assistance. “They’re not really avoiding that system — they’re just getting other people to help them,” Tenner says.

How Harmful Are Smartphones, Really?

Although addiction can clearly inflict health hazards that flip phones might mitigate, moderate smartphone use does confer certain advantages. Studies have shown that smartphones can (paradoxically) both cause stress and negate it. Smartphones offer an array of tools to help users work through distress, including mental health apps like Headspace that may provide moderate improvements in wellbeing, and are usually cheaper and more accessible than therapy. With their higher functionality, smartphones also make it easier to connect with friends or research online during difficult situations.

Swapping devices quickly eliminates these coping mechanisms. Quitting cold turkey, it seems, has its drawbacks: Completely halting push notifications, for example, may make people feel anxious and lonely. “If I’m used to being able to get any source of information, help or support at the drop of a hat, and all the sudden I can’t, you’ve removed a source of social support — and we know that’s harmful,” Pressman says.

Though it’s clear that frequent texting and app use can interfere with our in-person exchanges, a bit of solo smartphone use doesn’t actually seem to significantly affect wellbeing. And it isn’t likely that each individual smartphone-riddled hangout deals a huge blow to our health, Kushlev says. Rather, it's that these events — and the toll they take on us — can snowball over time. The difference between regulated, beneficial phone use and potentially risky habits probably depends on individual factors like age and gender, adds Kushlev, though scientists don’t fully understand how these variables interact. Certain personality traits do seem to predict problematic smartphone use, like above-average neuroticism and difficulty regulating emotions.

Like any addiction, it’s possible to treat heavy smartphone use that interferes with people’s daily lives. As long as users can moderate themselves, smartphones’ possible downsides should be considered along with the benefits, Tenner says. “My feeling is that it’s really unhealthy for people to see most technologies as inherently good or bad. To me, the key thing is to make the technology your tool, rather than vice versa.”