20 Things You Didn't Know About... Elections

Humans have a record of screwing up democracy, but we aren't the only species getting in on the act. 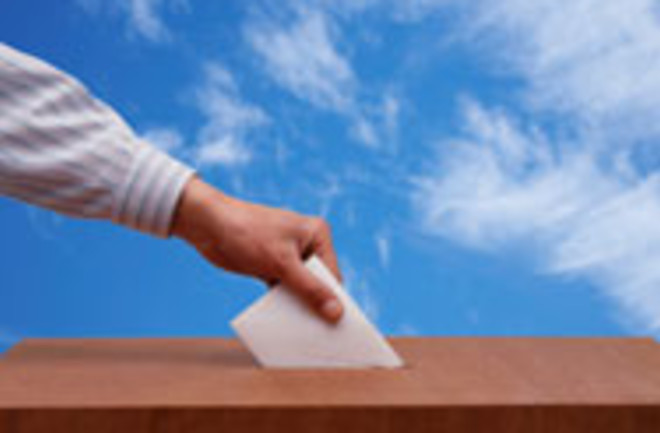 1 Ancient Greece was not the birthplace of democracy. Two thousand years earlier in the kingdom of Ebla, located in what is now Syria, kings were elected for seven-year terms.

2 Humans are not the only ones that vote. When it is time to find a new hive, honeybees vote for the best location, even though they can’t count. After scouts return from casing possible sites, they dance. The bees that dance most vigorously will recruit other scouts until one site wins.

3  Divining the human decision-making process is tougher. The first election poll in the United States was conducted in 1824 by the Harrisburg Pennsylvanian newspaper. It accurately predicted that Andrew Jackson would win the most votes in the presidential race, but...

4  ...unfortunately, the poll didn’t predict the winner, because Jackson didn’t get enough votes in the electoral college. The House of Representatives gave the presidency to John Quincy Adams.

5  On election night in 1952, TV viewers saw Walter Cron­kite sitting beside UNIVAC 1, which famously called the race for Eisenhower after only 7 percent of the vote had been tallied.

6  Not quite. Cronkite sat beside a cardboard panel with blinking Christmas lights. The real computer was projecting returns in Pennsylvania.

7  In 2007 neuroscientists examined the brain activity of undecided voters as they viewed the leading presidential candidates in the race.

8 The two candidates who elicited the least amount of activity? John McCain and Barack Obama.

9  Belgium, with compulsory voting, punishes those who have missed four elections in 15 years by…not letting them vote for 10 years. Are we missing something here?

12 …who then chose the 41 who (gasp!) finally elected the doge. We are assured by researchers that this actually worked reasonably well in avoiding corruption and the influence of special interests.

13  The lever voting machine [pdf] was invented by Jacob H. Myers and was first used in 1892 in Lockport, New York. Myers said it was designed to “make the process of casting the ballot perfectly plain, simple, and secret.”

14  At the time, the machine had more moving parts than nearly any other contraption in the United States.

15  It’s not getting any simpler. The Swiss used quantum physics to help safeguard a 2007 election. The keys to encrypted electronic voting returns were transmitted using polarized photons.

16 For the 2006 elections, the Department of Defense launched a Web-based voting system for overseas military personnel and American expatriates. The system cost more than $830,000; 63 people used it to vote.

18 And then there’s a tendency among voters simply to vote for the first name on the ballot. In Australia, where voting is compulsory, these votes could account for as much as 1 percent of the total.

19 Rain can tilt elections. Between 1948 and 2000, for every inch of rain on Election Day in a given county, there was an average 0.8 percent decline in turnout.