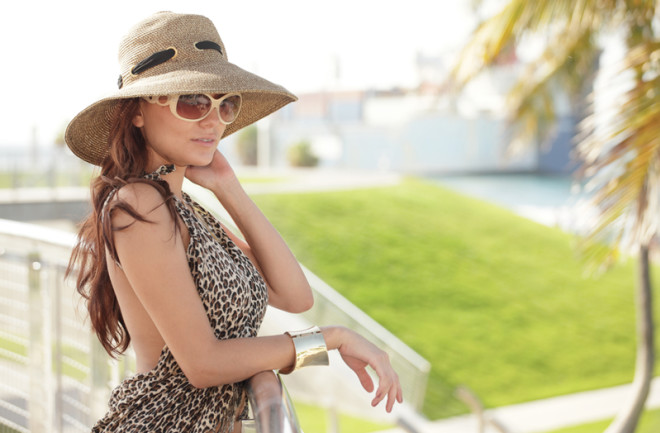 Don't wear this to the zoo. Image credit: Felix Mizioznikov/Shutterstock If you plan to take a trip to a British zoo in the near future, leave your leopard leggings and hyena hat at home. The Chessington World of Adventures Resort near London recently announced that it will no longer allow guests to wear animal prints because the patterns confuse the animals. On the zoo's African safari ride, visitors tour an outdoor park in a jeep-like vehicle, viewing giraffes, flamingos, antelope and rhinos up close. There's no glass between the visitors and the animals, which is both exciting and problematic.

Apparently, some of these animals have mistaken visitors who wear prints for actual wildlife creatures and either run away in fear or come too close in sheer excitement.

A spokeswoman told the Daily Mail,

"The enclosures at ZUFARI have been designed to replicate the conditions species face in the wild.

Therefore it's no wonder animals are getting confused when they see what looks like zebras and giraffes driving across the terrain in a 7.5 tonne truck

What Not to Wear

The list of banned patterns apparently includes everything from the popular zebra, giraffe, leopard, cheetah and tiger prints, to the less easily recognized hyena and African wild dog prints. That's right. No African wild dog prints allowed. A bouncer will be on duty to enforce the zero-tolerance policy. Show up in your favorite giraffe jumper, and you can either leave the park or put on a gray jumpsuit---and hope it isn't rhino mating season.