A parasite looking for love. 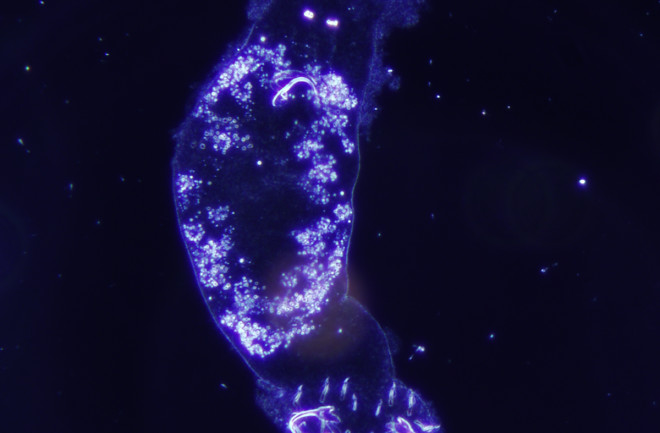 Let's talk about soul mates. It's a nice concept, but functionally unworkable. There are just too many people out there for any one person you meet to be "the one." In reality, it's probably more like "one of roughly several million people, some marginally better than others."

And if we take the thought experiment at face value and assume that there were truly just one soul mate for each of us, our odds of finding them end up at around a hundredth of a percent even with some fairly strict limits imposed, as Randall Munroe of xkcd demonstrates.

Statistics may hold little regard for romance, but that doesn't mean we can't try anyway. The collective cultural output of humanity is seriously biased toward stories of romantic perfection, and much of our behavior is aligned accordingly.

Evolutionarily speaking, true love is a terrible idea, but it's a reminder that one of the beautiful things about being human is having the power to tell evolution to screw off. So what if true love and "continuing the species" aren't necessarily compatible — we're doing just fine anyways.

So, it's worth remembering that though it may be difficult and sometimes painful to search for someone you're OK watching Netflix with for the rest of your life, the struggle of choosing is in itself a massive privilege.

I mean, sure, dating is hard, but at least you're surrounded by other humans. Try finding love when you're surrounded by 4,500 cubic miles of inky black water and stuck to the gills of a fish who's constantly trying to scrape you off and send you to your doom. Now that's a topic I'd love to see pop music take on.

Such is the lot of the monogenean parasite Cichlidogyrus attenboroughi. They've evolved to live only on the gills of a single species of cichlid, Benthochromis horii, which inhabits the deeper regions of Africa's Lake Tanganyika.

Some 16 percent of the world's freshwater sloshes around in the lake; it's the second-largest in the world by volume and sprawls across over 12,000 square miles of surface area. There are around 200 species of cichlid in the lake, and many have their own specific parasites. "There's plenty of fish in the sea" doesn't really apply here.

Life for C. attenboroughi, mainly consists of attaching themselves to the fishes' gills with hooks of hardened tissue and hanging on tight. The cichlids, of course, don't like this, and try to rub the parasites free. If the infection gets bad enough, it seems the fish can even begin to suffocate as they lose gill function

In either case, it's not a good sign for the parasites, nor for their chances of reproducing. Despite these drawbacks, the parasites have been around for a long, long time — you don't get to be so specialized overnight.

And as with all relationships, to keep going in that kind of environment takes some compromise. It represents, as with many of the species on Earth, a great constriction of possibilities when it comes to finding a mate. Love is a luxury that doesn't exist for most.

Luckily for C. attenboroughi, there are usually a few members of the species on the unlucky cichlids that happen to be infected. And, to make things even easier, they're all hermaphrodites. They have little trouble finding a mate, though if they cared about how good their companion's sense of humor was, it might not go so well.

So, whatever you might think about soul mates, at least you can think about it. Our world is vast and we are free to travel through it with impunity — for most of us it's hard to go even a couple hours without seeing another person. Whether they're your soul mate or not is for you to decide.