Dante gets an extreme makeover. 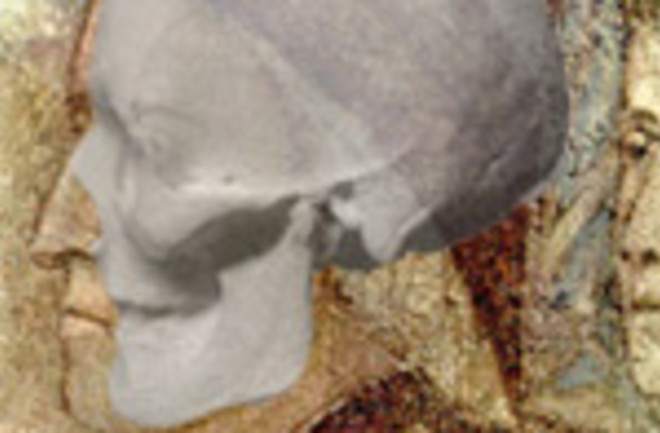 After Divine Comedy poet Dante Alighieri died in 1321, painters depicted him with a harsh countenance and an impressively pointed nose that not even his beloved Beatrice would have called handsome. But the representations may not reflect reality, according to a team of Italian anthropologists and facial-reconstruction engineers who recently created a 3-D version of Dante’s head.

Following the Manchester method of facial reconstruction, which extrapolates soft tissue from bone structure, the team used a computer to combine information from a plaster cast of Dante’s skull and from pictures and precise measurements made by a University of Bologna professor who was given permission to examine the poet’s remains in 1921, the only time his crypt has ever been opened.

The reconstruction shows a softer side of the man who wrote reams about infernos and levels of hell. With larger eyes, a rounder jaw, and a gentler expression, the new Dante is considerably better looking. His nose, however, is still just as large and crooked. “His nasal septum was diverted on the left side, and the right nasal bone is deformed,”says Francesco Mallegni, an anthropologist at Pisa University who helped with the remodeling.