If you’ve been concerned that the honeybee is facing extinction, you’re worrying about the wrong bee. 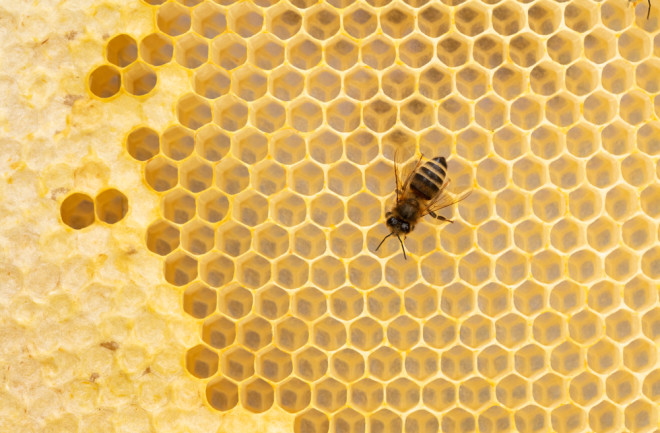 When Colony Collapse Disorder (CCD) occurred around 2006 and entire colonies of honeybees died, experts and the public alike were justifiably alarmed. The campaign to "save the honeybees" somehow got entangled in our minds with "save the pollinators" and "save the planet."

It was a misunderstanding. Yes, beekeepers are still struggling, and healthy honeybees are important, especially for commercial agriculture. But honeybees are not endangered. In fact, there are more honeybees on the planet now than there ever have been. And that, is because we manage them, says Scott Hoffman Black, executive director of the Xerces Society, an international nonprofit focused on invertebrate conservation.

The Honeybee and the Native Bee

Colonists brought the European honeybee, Apis mellifera, to North America around 1622, primarily as a source of sugar. Honeybees, which some Native Americans called "white man’s flies,” quickly spread westward. For the first several centuries, honeybees were used mostly for honey. But in the middle of the twentieth century things changed, explains Black.

The advent of large-scale planting of monocultures, which eliminated habitat for pollinators, along with the use of broad-spectrum insecticides, led to a decline in crop pollination from native bees. The solution was, in a way, brilliant: Take honeybees that they were already raising as a farm animal for their honey, box them up, and truck them around the country to pollinate crops.

Although honeybees are vital for the pollination of certain crops, almonds for example, native bees pollinate many crops, such as blueberries, and they are necessary for pollinating everything from native trees and shrubs to native meadows.

Experts may not consider honeybees endangered, but plenty of native bees are. And this means the plants that depend on them for pollination are endangered as well, putting entire ecosystems at risk. Black points out that there are at least 3,600 species of wild bees in North America, and those animals are in serious decline, many of them in danger of extinction.

After hearing alarming stories about CCD and dying honeybees, many people started raising backyard hives. Some businesses put beehives on their roofs.

"That’s fine," says Black. "There are cool reasons to have honeybees. They’re interesting social insects, and they produce delicious honey," he says. "But conservation is not one of those reasons."

He adds that this has gotten confusing for people. Some heard about declines in honeybees and kept hives thinking they were helping to save the bees, but Black likens that to raising chickens to save birds.

Still, there is a silver lining, says Black. "I’m not sure I’d be talking to you about native bees if we’d not had CCD, and everybody got on the bandwagon to protect honeybees."

If keeping backyard bees doesn’t help, what can we do to save native bees — and other insects as well? "There are a lot of decisions we make on a day-to-day basis that directly impact insects," says Jessica Ware, associate curator of Invertebrate Zoology at the American Museum of Natural History.

You can avoid broad-spectrum pesticides when you spray your lawn. Or you can avoid spraying your lawn at all. You can also create a habitat that is a mixture of plants of varying heights and different kinds of plants. Put in plants that produce nectar and plants that create enticing habitats for insects. Ware says this addresses one of the biggest threats to insects: habitat loss.

You can also turn off those outside lights. Many insects are nocturnal, and light at night is a problem for them, says Ware. Fireflies signal to each other with flashing lights. Our artificial light makes it hard for them to see their own signals. If they can’t signal, they can’t find mates. And of course, if they can’t mate, extinction is not far behind.

Ware acknowledges that there are plenty of things to worry about these days, and "you have to triage the things you worry about; otherwise you’d spend all day in a frenzy." But she politely suggests we bump insect declines higher up the worry list.

"We’re just starting to see the cascading effects of this decline," she says. And addressing the problem now "will benefit our children and our children’s children."

If all of this sounds great, but also a little overwhelming, the Xerces Society has resources to help you do your part. Their Bring Back the Pollinators program offers four simple steps to help pollinators. Their Pollinator Conservation Resource Center has anything you want to know about pollinator conservation, including guidance for gardening without pesticides and plant lists geared to your geographical area. And if you’re looking for a citizen-science opportunity, check out the Bumble Bee Watch. You can help with research on this under-appreciated, yet fascinating pollinator.

If you’re still worried about honeybees, the good news is that anything you do to help other pollinators helps honeybees, too. It’s a win-win.