I said, get off that counter, Mr. Sprinkles! 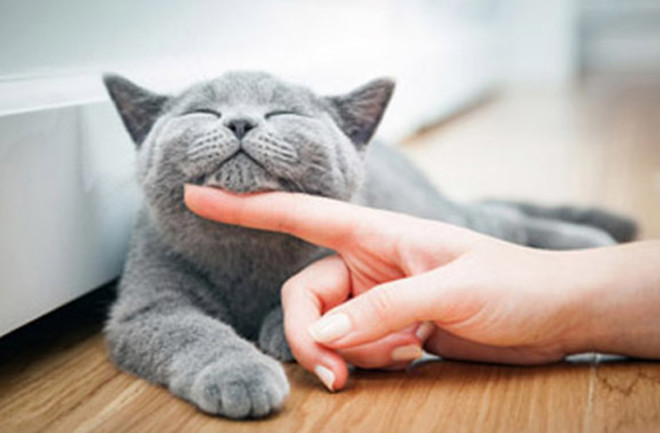 Cats are tough cookies to crack. Unlike most dogs, who excitedly run over when you call their names, cats can be pretty dismissive. After being snubbed by my cat for the hundredth time, I start to wonder if she listens to me or even knows her name. Well, new science says that the answer is yes.

Research published today in the journal Nature suggests that domesticated cats do, in fact, know and recognize their names. A team of researchers studied how 78 different cats responded to people saying their names. After testing felines in both single and multi-cat homes, as well as in cat cafés, they found that most cats are able to distinguish their names from similar sounding words and names of other cats. The findings shed light on how we communicate with our furry friends — and also suggest that my cat’s ignoring me on purpose.

Dogs are touted as humans’ best friends, but cats hold a special spot, too. We started domesticating them about 9,500 years ago and they’ve been cuddling on our laps ever since. Despite our long history together, little is known about cats’ ability to communicate with humans. What we do know is that domesticated cats are more vocal than wild cats, and that their behavior is influenced by their owners’ moods and facial expressions.

Cats can also recognize the voices of their owners and find hidden objects when humans point to them. But unlike dogs, apes, dolphins and parrots, their ability to recognize specific words remained up in the air.

To see if cats could distinguish their names from other words, a team of researchers from the University of Tokyo conducted four separate experiments. In each, they had cats listen to recordings of people saying four different words, followed by the cat's name. The studies were carried out in the cats’ houses and also at an adorable cat café, a new-ish concept that combines two amazing things: coffee and cats.

They found that cats in both single and multi-cat households responded to the first word or two that sounded like their names, but got used to the sounds and quit responding by the fourth word. But when they heard their names, the cats perked back up and responded by moving their heads, wiggling their ears and meowing. This happened when both their owners and strangers said their names. Results were similar in multi-cat households, where cats responded to their names after not responding to the names of their siblings.

The researchers say that these reactions are evidence that the cats were able to pick out their names when they heard them. Those in cat cafés were also able to differentiate their names from similar sounding words, but only three of the 10 cats were able to distinguish their names from those of their siblings. The researchers think that, since the cats’ names are listed inside the café, patrons probably call multiple cats at a time, hoping to snuggle whoever's available. Hearing their names in conjunction with their siblings' could make it tough for them to figure out which is actually theirs.

For the most part, though, the study shows that domesticated cats know and respond to their names. The discovery sheds light on cats’ ability to communicate with humans and suggests that they’re able to learn specific words. Researchers could test this theory by teaching cats new words and correlating them with objects and places. But even if scientists are able to train cats, it's no guarantee that they'll actually listen to us when we want them to.