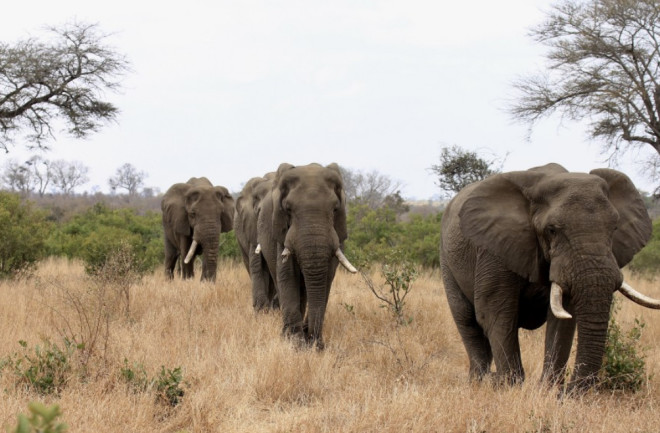 You don’t need hands to be right- or left-handed. Many kinds of animals have shown a preference for using one side of their body or the other. They include apes, whales, dogs, cats, cows, toads, fish and even honeybees. Now, with data from a rather unsavory source, researchers have found evidence for “tuskedness” in elephants.

Although humans aren’t alone in having handedness, we do seem to have the most extreme bias as a species. Other animals seem more evenly divided between righties and lefties. In a study of wild Asian elephants, researchers found that that the animals had a strong rightward or leftward preference for how they used their trunks (trunkedness?). There was an even split between left-trunkers and right-trunkers, though.

Other researchers have suggested that elephants also have a tusk preference. They may use one tusk more than the other for tasks like stripping bark from trees, digging in the ground or knocking dirt off of grass before eating it. It’s been suggested that the favored tusk gets worn down from heavier use. But no one has studied this formally, write Craig Bielert of SUNY Oneonta and his colleagues.

To find out whether tuskedness is real, the authors wanted data from as many elephants as possible. They went to an unlikely source: trophy hunters. Bielert approached Safari Club International in Tucson, Arizona. “This organization was willing to make a dataset available for 683 tusk pairs collected from 1955 to 2010,” the authors write, “provided that no hunter designation information was connected to the animal data.”

The dataset included the countries of origin for the hundreds of African elephants. But it didn’t include the animals’ size, age or sex. All the scientists had to go on was the weight of each tusk in a pair, and whether it was the elephant’s left or right.

That was enough. The researchers found that almost 95 percent of the animals had uneven tusks. And heavier pairs of tusks were more uneven. This was important because, although the scientists didn’t know the age of the hunted elephants, they knew an elephant’s tusks keep growing throughout its life. That means older animals have heavier tusks. And an older animal that prefers one tusk to the other will have spent more years preferentially wearing that one down—or even breaking it, in some cases. So if elephants have a bias toward one side, their tusks should become more asymmetrical as they grow—which is what the data showed.

Most of the elephants preferred their right tusks, though it wasn’t a dramatic trend. There were 338 apparent righties, and 306 lefties. The scientists would love to know more: Is tuskedness different in male elephants, which use their tusks to fight each other? How does tuskedness fit in with trunk preference? Ideally, researchers would be able to study these questions in animals that are actually alive.