World's Rarest Tortoise Could Finally be a Father 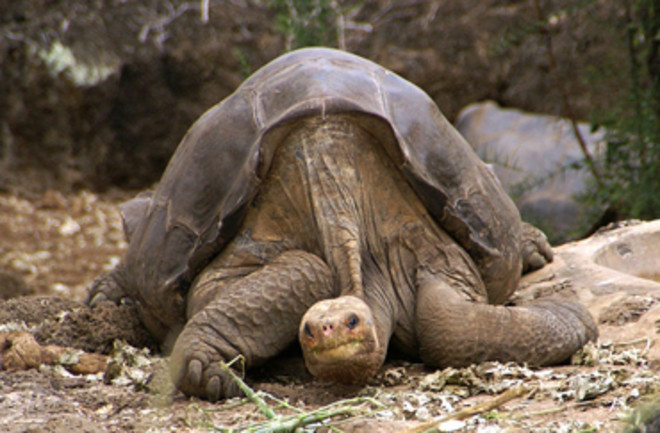 Perhaps Lonesome George should now be called Curious George. The giant Galapagos tortoise earned his moniker by keeping to himself for most of his 36 years of captivity at the Charles Darwin Research Station. Now, all of the sudden, George appears to have broken out of his solitude and mated with one of the two females at the station that come from a similar species of Galapagos tortoise. Lonesome George is perhaps the only remaining tortoise from Pinta Island in the Galapagos, but his endangered libido had diminished the researchers' hopes of saving the endangered Galapagos tortoises. Attempts at artificial insemination, as well as having George watch other male tortoises mating for inspiration, had all failed until now. In four months, scientists will find out for certain whether the eggs they found in George's nest are his offspring. But everything involving tortoises seems to require lots of patience—after all, George, estimated to be between 60 and 90 years old, is just now in his sexual prime.