With Gene Editing, Ants Could Be the New Model Organism 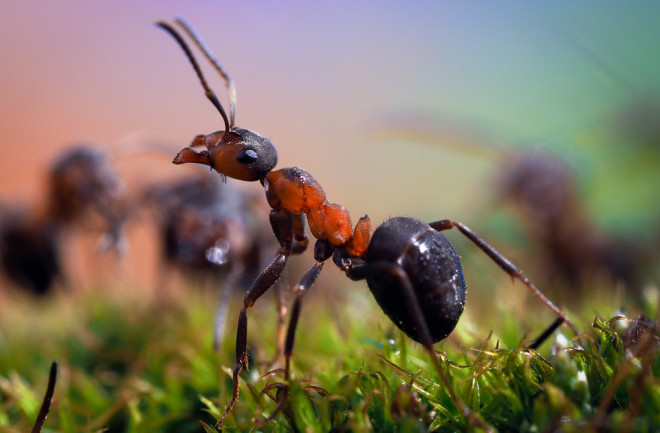 An ant without a sense of smell is an ant that's lost. After creating ants that had been genetically modified to lack a sense of smell, scientists watched them wander away from their colonies, steal food, refuse to mate and fail to tend to eggs — antisocial behavior that contradicts the hive-mind mentality of most ant communities.

It's likely not because of any sociopathic tendencies on the ant's part, but because they've been effectively blinded. Ants use a suite of pheromones to communicate everything from the location of nearby food to when it's time to mate, and without these important signals, they become wandering souls.

The research, from scientists at New York University School of Medicine, and supported by the Howard Hughes Medical Institute, isn't just aimed at creating deficient ants. It's part of broader research into how ant colonies effectively organize and perform complex tasks.

As the CRISPR gene-editing technology they used to make their custom ants grows more widespread, mice and fruit flies could be the next model organisms for research into social behavior and more. The research is set to publish August 10 in Cell, although a version has already appeared on the pre-print server bioRxiv.

The Indian jumping ants the researchers worked with possess a peculiar trait that makes them well suited to the lab. Unlike most species, where one ant is selected from birth to be queen, any female Indian jumping ant has the potential to become a queen, something that happens when she is isolated from the colony.

This democratic coronation process is beneficial because the researchers could simply turn many ants into queens and breed them, quickly creating large populations suited to research. Once they had their ant army, the researchers used CRISPR to snip out a single gene coding for a protein crucial to the workings of olfactory receptors in the ants.

Absent that gene, the ants were bereft of their sense of smell, something they passed on to future generations. This allowed researchers to finally confirm a longstanding belief about ant communication — that their sense of smell is integral to daily life and underpins a wide range of behaviors.

The changes were visible in the insects’ brains as well. Ants have structures in their brains called glomeruli that are responsible for processing olfactory information. Ants without a sense of smell possessed only a fraction of the glomeruli, and the ones they did have looked less organized.

The researchers think this happens early in development, and the structural changes last for their whole lives. While the insights into smell are important, the researchers hope that their work will establish the Indian jumping ant as a model for future research. As a whole, they form a kind of model society, allowing researchers to observe the effects of small changes on complex social dynamics.

Using the same kind of gene knockout techniques currently used on mice, scientists can work methodically through the genome, observing what happens when not just smell, but a whole range of attributes is altered. If all goes to plan, ants may join the rarified world of model organisms, right alongside mice and fruit flies.