Why Sheep Calls Have That Unmistakable Vibrato 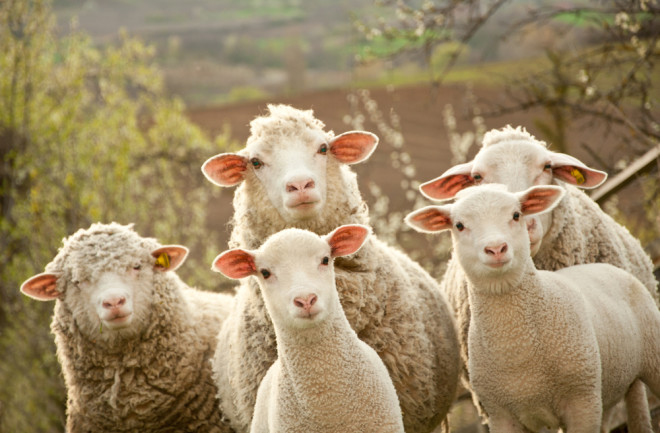 (Credit: Baronb/Shutterstock) Animals from sheep to fur seals share a curious acoustic trait: Their calls feature a vibrato-like trill. Vibrato is the small, quick oscillation in pitch that musicians use to accentuate certain notes. It makes a note sound a bit wobbly and helps catch our attention. It's found all over the animal kingdom, too — think the staccato "baaaaa's" of a goat. But animals' pulsating cries are far more than stylistic. A new study from University College Dublin says that these characteristic vocal modulations actually help animals to be heard by making their vocalizations more distinct.

The Thrill of a Trill

A vibrato effect comes from variations in the fundamental frequency of a note. This is the lowest tone present, and it determines the pitch that we hear. There are also harmonics and overtones stacked on top of the fundamental frequency, which combine to create a layered, complex sound. These harmonics give a note its timbre, sometimes referred to as "sound color." We can tell an "E" note played on a guitar and a trumpet apart because their timbre's differ, and it's also how we distinguish between vowel sounds. In humans and goats alike, the physical layout of the vocal tract means that certain harmonics are emphasized when sound is produced. These are called formants, and they play a crucial role in helping animals to distinguish between different types of calls. By varying the fundamental frequency of a tone, the harmonics change accordingly, and the researchers think this subtle variation in pitch helps formants stand out. Formants provide the contrast between the words "day" and "die" for example, and the same principle holds true for the sounds animals make.

The researchers tested their hypothesis by playing artificial animal sounds, both with and without vibrato, to human participants, and found that they were better able to distinguish between sounds where the trills were present. They also looked through the evolutionary tree and found that the ability to add vibrato to vocalizations appeared six different times, indicating that it must confer some sort of advantage. Finally, they found that animals whose calls contain fewer harmonics, and thus fewer opportunities to stand out, add even more vibrato, adding weight to the idea that vibrato is aimed at helping to distinguish sounds. They published their findings in Current Biology. Formants can give important information about the size, species and mood of an unseen caller, letting animals know if they should run from a potential aggressor or stalk silently towards prey. It's no surprise that the ability to pick up on the subtlest of variations in tone has proven so resilient. In humans, where effective communication is based on vocal cues many times for sophisticated than in animals, it's even more important. We owe the sheep our gratitude for their vibra-a-a-a-ato.