Some people love their cats for the chaos they create, even if they're showing boldness, meanness or disinhibition. 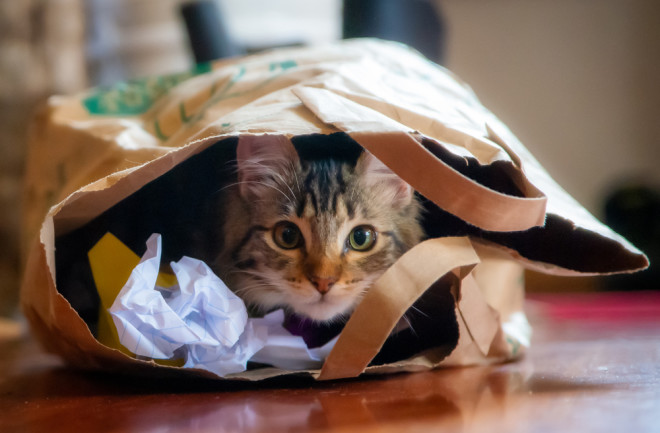 “We love him anyway and celebrate his slow progress,” says Chavera Edward. “He’ll never be a super affectionate lap cat, but he’s funny, fierce and independent.”

Before and during COVID-19, cats and their quirky, misbehaving ways brought joy to their owners’ lives. In fact, a study found that cat-human relationships had a positive effect on humans during stay-at-home periods. One reason is that some cat owners do like it when their cats misbehave.

Cats can be little monsters, but some people love them for that. An article published in the Journal of Research in Personality looked at psychopathic traits in domestic cats, namely boldness, meanness and disinhibition. The researchers defined disinhibition as “reduced behavioral restraint” and “impaired regulation of affect and urges.” Humans may find this behavior annoying in other humans, but not in domestic cats.

Three studies were involved in this research, and the first two studies involved cat owners taking questionnaires about their cat’s behavior remotely. The third study was much smaller but had more controls, such as cat owners living in a certain area in England, and the cats could at least tolerate wearing a collar.

The research found that cat owners liked when cats showed more disinhibition, like jumping around without a care in the world, and perhaps somewhat surprisingly, unfriendliness towards other pets.

“These behaviors tend to foster more frequent cat-owner interactions and emotional closeness between the owner and cat,” says Rebecca Evans, a Ph.D. student at the University of Liverpool and the first author of this study. “Pet-unfriendliness predicting a higher quality relationship was a little surprising.”

Cat owners did not like all psychopathic traits in cats. For example, these studies showed that boldness and meanness predicted a negative relationship between a human and their cat. However, how cat owners perceived their cats’ behavior, like swatting, could also be subjective.

“The more time you spend around your cat, the more you understand what they like and don't like, and this can help to foster more positive cat-owner interactions,” says Evans, whose own cat shows disinhibition behavior. “For example, my cat prefers chin scratches to belly rubs, and prefers not to be picked up.”

The type of relationship a person has with their cat can also influence their perceptions of their cats’ behavior. A study published in the journal Animals found that there are five distinct relationships between humans and their cats. People’s different relationships with cats could change how they perceive their chaotic behavior.

For example, “it would not be surprising if the cat's weird behaviors were considered part of the cat's behavioral repertoire,” for people with “remote associations” with their cats, says Claire Ricci-Bonot, a postdoctoral research fellow at University of Lincoln and one of the study authors.

People who got cats and lived alone during COVID-19 may have developed a co-dependent relationship with their cat, or cats. “The presence of the cat will not only improve the owner's life but will also help them to cope with the pandemic stressful situation,” says Ricci-Bonot. “The owner will seek contact with the cat.” A cat displaying over the top tendencies may be a welcome distraction, such as screaming at the shower, if the cat is not mean.

Agreeing with Evans, Ricci-Bonot says that people’s acceptance of cats’ chaotic behavior may have to do with how they perceive their cat. “We often project our own traits on animals, which may or may not result in relationship tensions,” she says.